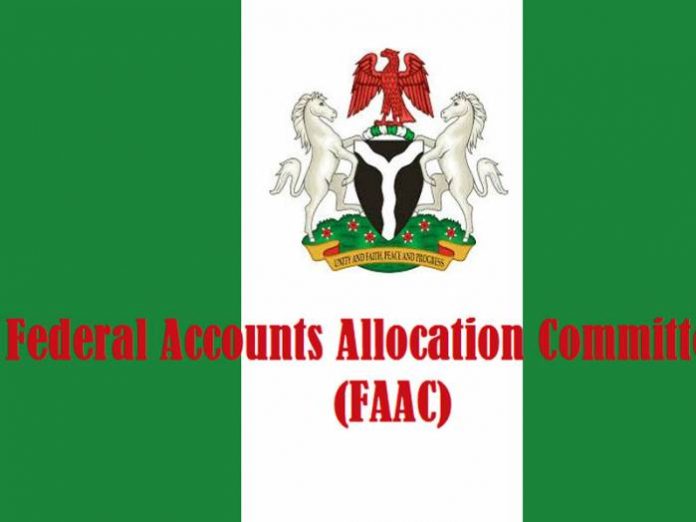 The Federation Accounts Allocation Committee (FAAC) has shared N640.310 billion to the three tiers of government for January.

Mr. Hassan Dodo, the Director of Information, Ministry of Finance, Budget and National Planning, said this was made known in a communique issued at the end of virtual conference of FAAC on Thursday.

The committee in its communique explained that the amount shared by the Federal Government, States and Local Government Areas (LGAs) included cost of collection to different agencies involved.

The committee also noted that the Federal Government received N226.998 billion, the states received N177.171 billion and  the LGAs got N131.399 billion.

It added that the oil producing states received N26.777 billion as derivation (13 per cent of Mineral Revenue) and Cost of Collection/Transfer and Refunds got N75.966 billion.

According to the communique, the Gross Revenue available from the Value Added Tax (VAT) for January was N157.351 billion.

It stated that this was against N171.358 billion distributed in the preceding month of December  2020,  resulting in a decrease of N14.007 billion.

Furthermore, the balance in the Excess Crude Account as at Feb. 18 was 72.412 million dollars. (NAN)