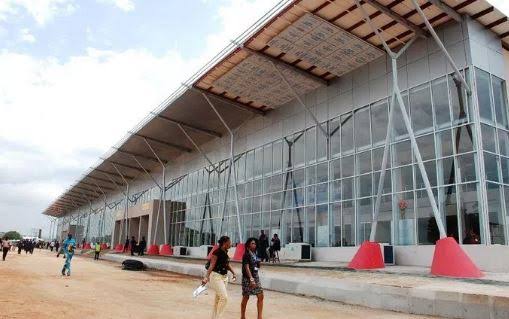 The Federal Government on Saturday said the runway at the Akanu Ibiam International Airport, ENUGU, would be closed for major repairs and works on the airfield.

The closure which was announced in a statement by the General Manager, Corporate Affairs of Federal Airports Authority of Nigeria, Mrs. Henrietta Yakubu, will take effect from midnight of August 24, 2019.

However, the duration of the closure was not specified.

According to her, the aim of the closure was to resolve the existing safety and security concerns at the airport.

She said a date to reopen the runway would be communicated in due course.

Yakubu further said, “FAAN remains committed to its core values of safety, security and comfort of airport users in the country.”

Recall that the immediate past Minister of State, Aviation, Hadi Sirika, had said earlier in the year that the airport would be closed down because of the state of the runway.