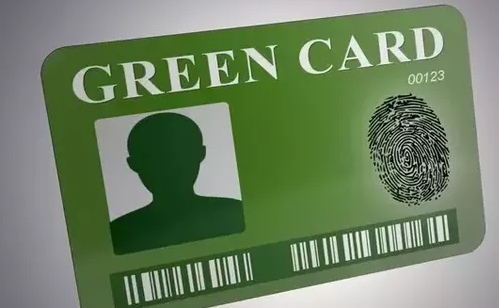 It’s the 21st century and we are still equating ‘white’ or ‘foreign’ to mean superior! Some people would do anything to get the ‘green card’. Technically, only the United States gives green card that permits a foreign national to live and work permanently in the US but the idea here is the practice of marrying someone because of his or her skin color to get access to a country you believe is better than the one you are a citizen, in this case, Nigeria.

Yes, love defies age, cultural differences and ethnicities, but there are cases where it is obvious love is not the factor in the union. Some go as far as making it like a business contract where both parties are aware of the very nature of what they are doing. The ones that end up going sour are the ones where one party, usually the ‘white’ lady or man, is genuinely in love and is unaware he or she is about to be duped.

Then you have the ‘arrangees’ which doesn’t necessarily happen between people of different races. What happens here is a family member, friend or just any random person will pass word about a man or woman who is abroad and wants to marry. Family and friends back home then look for a woman or man as the case may be who is of marriageable age and can be ‘married off’ to come to wherever the intended is. This also allows for the person being brought over to apply for and get a green card or some sort of papers that allow them live and work in a foreign country. These arrangements also have the potential of going sour as these are two people who do not know themselves from Adam and that on its own is a recipe for disaster.

Where the line should be drawn in the quest to seek for the proverbial greener pastures? Has love ever been a factor in these unions or it’s just a case of the ‘green card’?

We talked to the Registrar at the Federal Marriage Registry in Ikoyi, Mr. S. B. Kasali, where some of aforementioned couples usually go to legalize their union.

“Based on my experience here, we can put it in two ways. Legal marriage is becoming a popular thing in Nigeria not only for seeking greener pastures. People see it as a way of securing themselves in marriage. A lot of awareness has gone into it.” He also went on to say, “For those seeking greener pastures, some people believe the only way to succeed or escape poverty is marriage, it can be domestic or foreign. There can be some desperation to getting legally married.”

On whether the system does anything to try to counsel or dissuade suspected couples, Mr. Kasali said that the registry has counseling days on Tuesdays and Fridays. For those going abroad he said they have an interview for them as well. He said, however, this is really an interaction for them to see the couple, watch their body language to try to see if it is a setup or planned union. He concluded that as the law does not allow them to stop anyone from getting married, there really is nothing they can do.

There is a case of a 72-year old Briton, Angela Nwachukwu, who got married to her 27-year old Nigerian husband, CJ Nwachukwu, a computer engineer from Imo State, in April 2015 and ever since he has been denied entry into the United Kingdom. They reportedly met on Facebook and got married when Angela came to Nigeria. She says they have spent 20,000 pounds between them in trying to see each other. They hope as a last effort he will be granted a student visa to study for his Masters in 2018. Their case seems to be one of the few ones where entry has been repeatedly denied despite a legal marriage having been conducted.

A young Sierra-Leonean singer, known as Blazer Blaze Joeblaze, almost a week ago got married to his obviously much older white fiancée and the internet was agog with questions as to what could be the motivation. Now while their union maybe one with love and mutual respect it still bogs questioning.

The heartbreaking thing is in some cases when they get to the country of destination, they usually find things were not as ‘advertised’. The conditions may even be harder and harsher than what they left at home and this is usually the beginning of the end.

So then what’s the point? Is it worth the trouble? You are basically selling the life that you do have for one you cannot be certain of. This practice is ignorant and obsolete and should be phased out. No one should believe his or her breakthrough lies in moving to another country especially under dubious conditions.