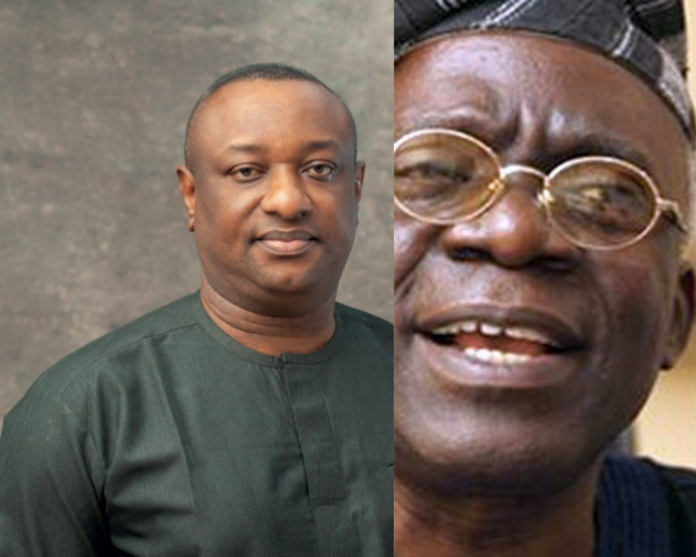 Human rights activist, Femi Falana (SAN), and Minister of State for Labour, Festus Keyamo (SAN), on Sunday paid condolence visits to the family of late Gani Fawehinmi, over the death of their son, Mohammed.

The duo, who visited the Lagos family home of the bereaved, expressed sadness over the sudden demise of Mohammed.

Femi Falana said he received with shock and sadness, the news of the passing of the younger Fawehinmi.

“We shall miss him in the struggle for the redemption of Nigeria.

“I pray God to grant the family the fortitude to bear the loss,” Falana said.

Keyamo, on his part, said the death was a great loss to the country.

“We will sorely miss Mohammed.

“I am confident that Almighty God will grant him eternal rest and console the family he left behind,” he said.

Mr. Tunji Bamishigbin, a veteran actor, producer and director, who enjoyed a close relationship with the deceased, recalled that he was with him four weeks ago.

“He came to my house a month ago and we discussed for more than four hours. He was concerned about his late father and how to start processing his (late father’s) life documentary.

“He was elated by the idea. He took me through memory lane and I never thought it was going to be this soon for him to join his Dad.”

Bamishigbin, who is also a lawyer, said that he would ensure he fulfilled the dream of producing the documentary.

Mr. Mohammed Bambado, Sarkin Fulani of Lagos, described Mohammed as a gift to the nation.

“He was lovely and his death is a great loss to this country.” Bambado said.

A journalist, Kayode Komolafe of ThisDay Newspapers, said that Mohammed’s death was a huge loss to the forces of progress.

Mohammed died on Wednesday, August 11, 2021 in Lagos after a brief illness. (NAN)