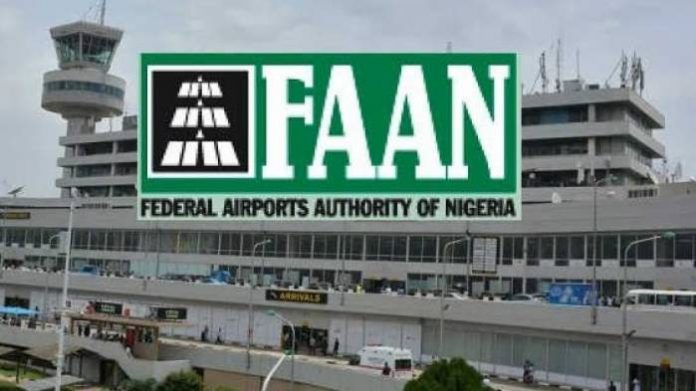 The Federal Airports Authority of Nigeria (FAAN) has concluded arrangement to complete the installation of CAT III Airfield Ground Lighting system on Runway 18L/36R at the Murtala Muhammed Airport, Lagos.

Mrs Faithful Hope-Ivbaze, the Acting General Manager, Corporate Affairs, FAAN, said in a statement on Wednesday in Lagos that the closure was part of efforts aimed at improving safety and efficiency of flight operations.

Hope-Ivbaze said that the project, which would commence effectively on Friday, was expected to last for 90 days.

She said that consequently, Runway 18L/36R would be closed to flight operations during this time.

“Stakeholders are to note that there will be no disruption. All normal flight operations will be conducted through runway 18R/36L.

”A NOTAM to this effect has already been published and disseminated accordingly.(NAN)