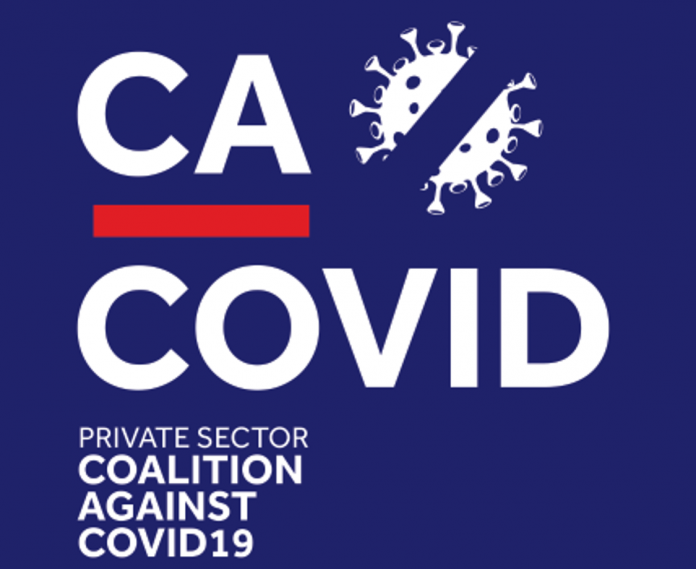 The Coalition Alliance Against COVID-19, the private sector-led initiative to provide succour for Nigerians in the wake of the pandemic said it would pump in N100 billion to support the Nigeria Police Force over the next two years.

The Governor of Central Bank of Nigeria (CBN) and Co-Chair, CACOVID, Mr. Godwin Emefiele, disclosed this at a briefing in Lagos on Wednesday.

He said the money would be spent on retooling the police so as to rebuild confidence in the economy.

The measures include renovation of 44 police stations destroyed by during the violence which followed the EndSARS protests; low interest rate loans for affected businesses; and a N175 billion fund to empower four million youths through skills acquisition programmes over five years.

Speaking on the rationale for the intervention, Emefiele said: “As we are all aware, the aftermath of the EndSARS protest that took place in several parts of the country in October 2020, led to the vandalisation of private and public assets, which includes business houses, shopping malls, banks and police stations. Many small and medium scale businesses that were affected have struggled to resume full business activities.

“In addition, the provision of security which is essential to the conduct of business activities has been hampered due to the damage of 44 police stations across the country. If left unattended, this situation could undermine confidence in our economy and derail the efforts of government in enabling faster recovery of the Nigerian economy, following the impact of COVID-19.

“As a result, the Bankers’ Committee and critical stakeholders in the private sector, under the auspices of the CACOVID alliance, held series of meetings towards developing measures that will support the government’s efforts in rebuilding confidence in our nation’s economy. Some of the measures agreed upon by the CACOVID alliance include:

“CACOVID has committed to fully rehabilitate all 44 damaged and destroyed police stations nationwide in a bid to restore provision of security in affected locations.

“To further strengthen the security apparatus in the country, CACOVID has committed to provide over N100bn to procure equipment and gadgets for the Nigerian Police Force over the next two years; as our contribution to fully modernize the Nigerian Police.

“The private sector does not intend to hand over money to anybody. Indeed, even the government themselves, the Presidential Task Force that we worked with during the first phase of the lock down, never asked us to give them money.

“They just said “build the isolation center, procure the food, if that is what you want to do, and deliver or provide through whatever channel. Just give us the record of what you have done. That was what we did.

“So in this case, we have already dimensioned the cost of rebuilding these police stations, at least those that were damaged in the first instance, and they would be rebuilt and redeveloped by contractors, appointed by members of CACOVID, and then handed over to the police authorities and not money handed over. I am sure the police authorities themselves do not expect that we would be handing over money to them.”

Also speaking, Dangote said: “We in the private sector are known not to give cash out. Because if we are going to buy anything, we would go to the manufacturer and then drill to the last penny. So we get the best price. If you look at it today, you imagine what would have happened if we had gone out to the market to buy food items worth N28.7 billion, the prices would have doubled. But silently we went to the manufacturers who manufacture these items — rice, pasta etc.

“Whatever we bought, we bought directly, and that is why it took a little bit of time for them to produce and sell. So we did not really distort prices in the market. And that really helped. So what we did we did the best. 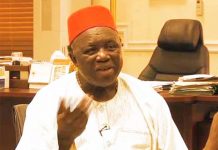