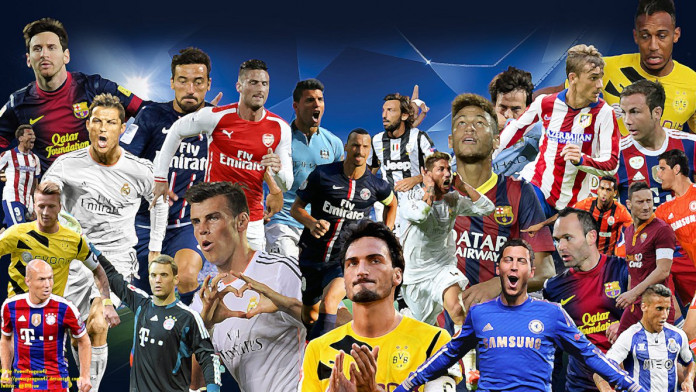 2017 was a very eventful year in sports. In this report, our correspondent, YUSUF MOHAMMED, takes a look at some of the sporting moments that made headlines.

In football, the Super Eagles of Nigeria qualified for the FIFA 2018 World Cup in Russia as they beat Zambia 1-0 at the Akwa Ibom International Stadium in Uyo, Akwa Ibom State.

A 73rd minute goal from Alex Iwobi ensured that the Super Eagles would be at their record sixth appearance at the World Cup in 2018.

Uganda secured their place in the 2017 African Cup of Nations for the first time since 1978, sparking wild celebrations.

Cameroon won their fifth African Cup of Nations when they defeated Egypt 2-1 in the final on February 5. Before the tournament, the Indomitable Lions were dubbed the worst Cameroonian team in history with eight high profile players, including Liverpool defender, Joel Matip pulling out of the tournament before the first game.

Cameroon only won one match in the tournament in the regulation 90 minutes before causing a shock as they beat Ghana 2-0 in the semi-finals.  In the final, they had to come from behind to beat Egypt. Nicholas Nkoulou and Vincent Abubakar scored the goals which turned their team into champions.

In England, Chelsea won the English Premier League title for the sixth time. Chelsea coach, Antonio Conte, who was in England for the first time introduced a formation (3-4-3), which was new to English football. He won most games with ease as it was difficult for the English clubs to understand that alien system.

In Italy, Juventus FC won the Scudetto for the sixth time in a row. Monaco toppled PSG in France; Bayern Munich won the Bundesliga again, while Real Madrid won the Spanish La liga title alongside the UEFA Champions League, defeating Juventus in the final.

Cristiano Ronaldo had an airport in his hometown named after him on March 29, but it was a statue honoring him that attracted all the attention. The bronze statue was unveiled in the presence of Ronaldo by Portugal’s President and Prime Minister, Antonio Costa.

The statue was made to look like the 2016 European Cup winner but it became a laughing stock instead. Emanuel Santos, the sculptor said it took him “15 days to create the statue.”

Speaking of statues, Diego Armando Maradona, also had his statue unveiled in India. It was a well appreciated gesture, which was well intended by the sculptor. But like that of Ronaldo, it became a laughing stock. Fans of the football legend were appalled that the statue did not look like their hero.

In tennis, Serena Williams, claimed her 23rd grand slam title by winning the 2017 Australian Open on the 28th of January. A 6-4 6-4 victory over her sister Venus brought her a seventh Australian Open crown.

Roger Federer beat Rafael Nadal in a five-set-final to lay claim to his 18th grand slam title. The 35 year old won 6-4 3 -6 6-1 3-6 and 6-3 to mark his return to an extended lay off due to a knee injury that kept him away for several months.

In early 2017, thousands of rugby fans turned out at Loftus Versfeld stadium in Pretoria to pay their tribute to former Springbok Joost van der Westhuizen. The South African rugby legend died on February 7. Westhuizen was 45 years old when he lost his long battle with motor neurone disease. He was part of the South African Rugby team that won the World Cup on home soil in 1995.

In athletics, Daniel Wanjiru and Mary Keitany, both from Kenya did Africa proud as they won the 2017 London Marathon in their respective categories.

Keitany broke Paula Radcliffe’s all-women’s world record set in 2005 by 41 seconds on April 23 with a third victory in London. While Wanjiru, won the men’s race for the first time.

In August, the greatest sprinter of all time, Usain Bolt, called it quits. Unfortunately for him, he lost his last ever race in the 100m final to Americans Justin Gatlin and Christian Coleman at the IAAF world Championship in London.

In the world of boxing, another legend retired. But not long after ‘Money’ Floyd Mayweather did that in 2016, he came out of retirement to fight a Mixed Martial Artist, Conor McGregor.

It was unprecedented in the light middleweight division. Mayweather defeated McGregor in round 8 after the referee stopped the fight seeing that McGregor had taken enough beating. Mayweather’s current record stands at 49 victories with 26 knockouts and no losses.

On August 17, Nigeria’s senior national women’s basketball team D’Tigress, emerged champions of the 2017 FIBA women’s Afrobasket. They won the title after defeating Senegal 65-48 in the final in Mali.

Trailing by six points from the first quarter, the Nigerian female basketball team fought back to win the second quarter 21-10 points.

D’Tigress, following their remarkable performance in Mali, qualified for the FIBA Women’s World Cup in Spain next year.