Relief will soon come the way of many residents in Benue State as Governor Samuel Ortom has directed the distribution of transformers to various communities across the state.

This followed the governor’s inspection of 60 additional units of transformers procured by his administration through the Ministry of Rural Development and Cooperatives on Monday.

The Governor who carried out the inspection at the ministry’s headquarters in Makurdi, the Benue State capital, said though the transformers were not enough to serve all the communities in need of the commodity across the state, they would go a long way in providing electricity supply to many communities. 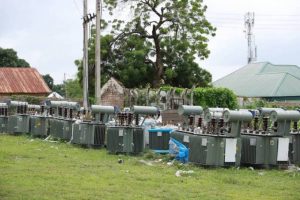 According to him, the 60 transformers would be given to some communities that had made requests while others would be used for ongoing rural electrification projects being executed by the ministry.

Commissioner for Rural Development and Cooperatives, Mr. Victor Ukaha, said some of the transformers are 33KV while others are 11KV.

The Commissioner who thanked the Governor for his gesture said the transformers will, in no small measure, bolster the power distribution asset base in the state and thus, bring electricity to the door step of many communities. 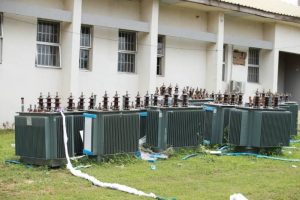 The Governor was accompanied on the inspection by the Deputy Governor, Mr. Benson Abounu and some of his commissioners.