Home Politics Ekiti Election: People With Albinism Not Regarded As Persons With Disabilities As... 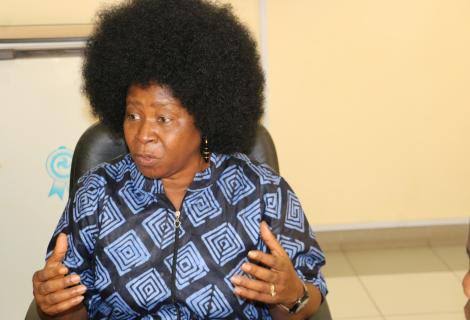 Nigeria Civil Society Situation Room said people with albinism were not regarded as persons with disabilities (PWD) at Saturday’s gubernatorial election in Ekiti.

The group also reports that voters were monetarily induced between N4,500 and N10,000 at the governorship election.

The Convener of the coalition of CSOs, Ene Obi, made this known in the interim statement of the group made available to journalists in Abuja on Saturday.

Obi said that the Situation Room observed the Ekiti Governorship election and would continue to closely watch the process.

“Situation Room received reports of widespread vote buying by political party agents across the 16 Local Government Areas of the State.

“In many instances, voters were induced with money ranging from N4,500 to N10,000 by asking them to flag completed ballot papers as proof of voting in the specified manner in what they term ‘See and Buy’.

According to Obi, the election has been generally peaceful, with voters conducting themselves in a civil manner in most of the polling units.

She said that the redistribution of voters done by INEC still did not take care of the issue of large number of voters in some polling units.

Obi said that the group observed early arrival of Poll officials and election materials in 93 per cent of the polling units.

She added that the set up was done promptly and polls commenced before 9:00 am in at least 88 per cent of the locations.

She said that this is an improvement on both the Anambra State Governorship Election 2021 and FCT Area Councils Elections 2022.

Obi said that the Bi-Modal Verification Accreditation System (BVAS) was functional in at least 76 per cent of the voting locations.

She, however, said that there were many reports of delays and malfunctioning BVAS machines in some voting units, especially those with many registered voters.

She said that the Situation Room noted that poll officials gave priority to PWD voters, elderly persons and pregnant women in most of the polling units observed.

She said that citizens refused to recognise people with albinism as persons with disabilities (PWDs), thereby failed to accord them special consideration at the polling units.

She added that voting cubicles were not easily accessible to PWDs.

Obi said that the Situation Room noted that security officials arrived the polling units on time and were civil in their conduct.

She, however, said that the impact of their presence was not felt in voters’ coordination at most of the polling units. (NAN)