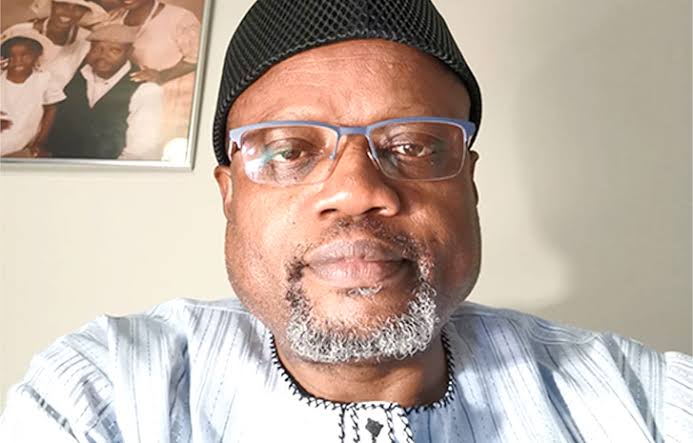 Pastor Peters Osawaru Omoragbon, the governorship candidate of the National Conscience Party (NCP), has told Governor Godwin Obaseki, the declared winner of the just-concluded governorship election in Edo State, not to rejoice yet.

Omoragbon, who described the victory of the Peoples Democratic Party (PDP) candidate as pyrrhic, maintained that going by the provisions of the Electoral Act, Obaseki could in the long run be disqualified, removed or even jailed, having singed nomination papers for more than one party in the same election.

Citing the example of Uche Nwosu, governorship candidate of Action Alliance (AA) in the 2019 election, Omoragbon said: “It is global knowledge that Godwin Obaseki submitted himself for the 2020 governorship election first under the All Progressive Congress (APC) and thereafter after being disqualified by APC, moved to PDP to buy his way in as their candidate.

“Meaning, Godwin Obaseki presented himself as candidate in two different political parties in the same election and same year.

“Uche Nwosu should have served as a lesson to Obaseki and his Deputy, Phillip Shaibu. Uche Nwosu was sacked by the Supreme Court because he submitted himself as candidate to two different political parties in the same election.

“Obaseki should be preparing to go to jail for breaching the Electoral Act.”
Omoragbon stressed that come October 13, 2020, the case between the NCP and the Independent Electoral Commission (INEC) and the Attorney General of the Federation over what he termed “illegal” exclusion of his candidacy in the Edo governorship elections and “unconstitutional” deregistration would be heard by Hon. Justice Liman’s Court in Lambo Hall, Federal High Court, Ikoyi, Lagos.

“In the worst-case scenario, the matter may probably end up at the Supreme Court, just as it did in 2002 and we are sure of victory.

“If and when the court upholds our argument, INEC will be left with no choice than to conduct a fresh election to include my party and other political parties that were illegally excluded.

“To support the above position are the series of court rulings against INEC by courts of competent jurisprudence.

“For example, on August 10, 2020, the nation was relieved by the bold statement and ruling of the Appellate Court with competent jurisdiction and jurisprudence when it overruled INEC on its illegal deregistration of 74 duly registered political parties in Nigeria, including NCP.

“In the unanimous ruling as delivered by the President of the Appeal Court in Abuja, Justice Monica Dongban-Mensem, which was highly commendable, demonstrated that Nigeria still have many judges of honour and integrity left in them, ready to keep the last hope of the common man alive.

“That is the rule of law and not the reign of tyranny and authoritarianism.”
Omoragbon maintained that INEC shot itself on the leg by conducting the Edo election without him and the other candidates of the parties it had illegally deregistered, thereby denfranchising him and thousands of his supporters.

While commending the NCP members and thousands of his supporters for remaining calm, Omoragbon urged them to await the result of the cases in court, saying that the injustice meted to them by the INEC would surely be corrected.