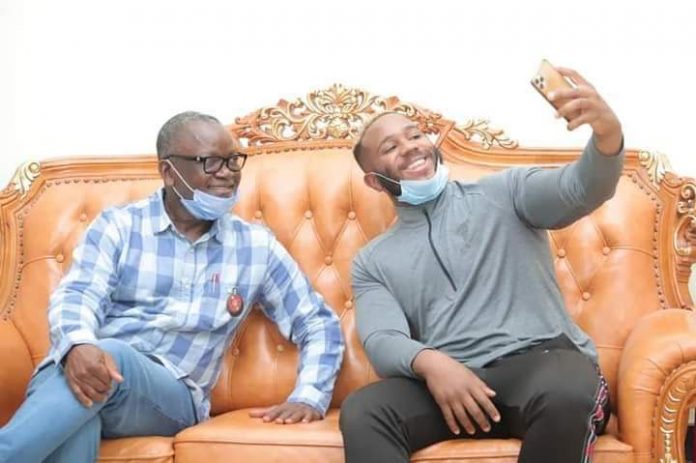 Popular Big Brother Naija 2020 Housemate, Terseer Waya, also known as Kidwaya says the commencement of commercial flights into and out of Makurdi will open up Benue State for tourism and other investments.

Kidwaya who stated this during a visit to the Benue Peoples House Makurdi, commended Governor Samuel Ortom for making it possible saying organisations and individuals who wish to invest in the state would no longer have to spend many hours on the road.

Kiddwaya who expressing the hope that 2021 would be a better year for the state said he is proud to be from Benue State adding that he would continue to promote the state and attract investment to it, particularly in the entertainment industry.

Welcoming Mr. Waya, Governor Ortom acknowledged that he had promoted Benue’s cultural heritage while in the Big Brother Naija show and commended his humility.

The Governor said his administration is open for youth development initiatives, pointing out that the fallout of the recent youth summit presented resolutions that could be harnessed for meaningful youth engagement and participation in governance.