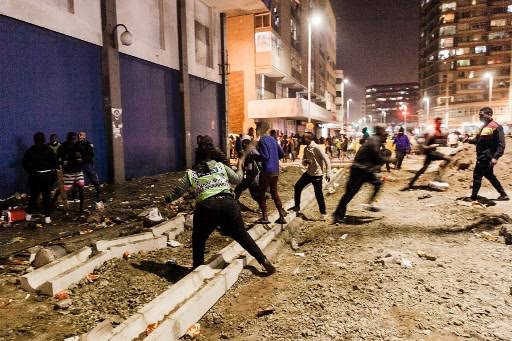 The recent unrest in South Africa has claimed 276 lives, the government said on Wednesday, raising the death toll from 215 announced earlier his week.

“Since the unrest, a total of 234 deaths as related to the unrest were reported in KwaZulu-Natal to date,” a minister in the president’s office, Khumbudzo Ntshavheni, said in a statement, adding that another 42 deaths were recorded in Gauteng province which includes Johannesburg.

Police are investigating 168 of the deaths for murder. Some of the people died in stampedes or were crushed by falling objects, while others died in burning buildings.

The minister said “stability” had returned to the two provinces rocked by unprecedented violence in post-apartheid South Africa and that police were carrying out “mopping-up operations to ensure opportunistic and copycat activities do not find traction”.

Rioting broke out a day after ex-president Jacob Zuma started serving a 15-month jail term for ignoring a corruption inquiry.

It spread through Zuma’s KwaZulu-Natal and Gauteng, South Africa’s most populous provinces accounting for half of the country’s GDP.

The violence has abated, and six people, including a DJ, have so far been arrested on charges of incitement to commit public violence.

Several thousand more are being held for looting.