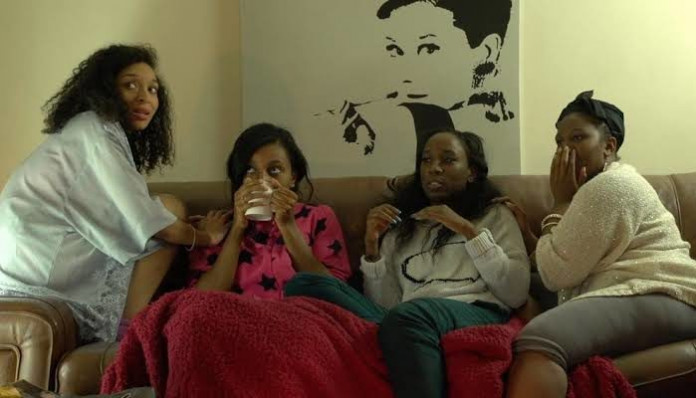 Emem is a corper who was posted to Lagos to serve. As a first timer in Lagos and because of funds she had to share an apartment with two other girls. Things were good until one of the girls, Oge, started taking advantage of her ‘Akwa Ibom’ hospitality. On that fateful day, Oge asked Emem if she could have some indomie from her stock and Emem said yes. Oge went ahead and took out four packs, depleting the stock of her flat mate. This may create a problem least expected.

Living with new people can be a daunting experience. Sometimes it is not even about people using your things without permission even though that can become a major issue quickly, it is about getting used to people from different backgrounds, different upbringing, places and people whose personalities differ from yours. Getting all these to merge to make for a pleasant loving experience can be a problem.

While having someone to talk to, gist with aka gossip is an added advantage of having flat mates, there is a lot of

Do’s and Don’t’s to make sharing space a pleasant experience.

DO set your boundaries and ask to know theirs from day one. If you have an issue with someone using your toiletries, make it clear from day one or state it the first time someone does so. If you try to tackle the issue months or weeks after it’s been happening, your flat mates may assume you have a problem with them.

DO NOT leave any shared common space dirty after you use it. Cleaning up after yourself is very IMPORTANT when sharing living space. As Adults, you shouldn’t take advantage of the flat mate who ‘likes to clean.’ That trick will get old fast.

DO be considerate if you are sharing meals. If you and your flat mates decided to share a common pot, it’s best you contribute to the feeding as much as they do and not leave it to chance. If at any time you can’t contribute, speak up and promise to make up. It is not nice to keep eating the food without contributing to it. Same goes for groceries example milk, Milo, Rice, etc. Be sure to do your own part in stocking up.

DO NOT take any personal item of your flatmate without asking. It goes without saying especially if you didn’t know them before moving in. Even if you are friends, courtesy demands you ask.

DO respect their opinions and try not to force yours on them. Remember you all have different backgrounds, so you shouldn’t expect them to think the way you do or feel that your opinion is right and none other.

DO NOT expect to be best friends with your flat mate. Just be nice to them, if you become fast friends along the way, that’s fine but don’t enter into the lease expecting it to be a given.

DO inform them before having someone or people over. No one wants to walk into their living room and see strangers there. A simple call or text to give them a heads up is needed.

DO NOT go overboard when given permission to use their stuff.

“Tayo had a flatmate who had a visitor and she came to ask her flatmate, Deborah, for cold water from her fridge. She gave her the go ahead. She went ahead and took out two bottles. When Deborah wanted

to drink water, she realized that was all that was there. In a situation like that, Tayo would have simply taken one or told her if she had more to put back in the fridge.”

Even when given permission, act with boundaries and with courtesy.

DO get used to compromising. This will

serve you well because not everything will go smoothly. People have different ways of doing things so you have to leave room for that and be open as well.

DO NOT leave notes for your flat mates. If you want to discuss anything, sit them down and do so. Leaving passive aggressive notes within annoy anyone even if what you’re saying is true.

DO speak up if anything bothers you.

“IK shared a one-room apartment with a course mate who kept bringing his girlfriend over. Out of seven nights, IK usually slept on the couch at least 3 of those nights and it bothered him but he didn’t say anything. By the time he spoke up his flat mate felt he was envious of his relationship and that ended up causing a strain between them.”

If anything rubs you off the wrong way, speak up and discuss it and try to find a common ground. Everything if rationally discussed can be settled before it gets out of hand.

DO NOT think your flat mate is always wrong and you’re always right. That kind of superiority will not serve you well.

DO try to see things from their perspective at all times.

DO replace whatever you use if it finishes.

“Nneka bought some vegetable oil and used only a little on the first day. Weeks after she wanted to cook and couldn’t find it. She asked her flatmate who cooked in those weeks and she told her offhandedly, it had finished.”

No one would feel good if they go home to use something only to find it’s no longer there because someone used it. Always replace what you use if it finishes.

DO NOT play loud music when your flat mates are home unless previously agreed on. Keep music at a normal decibel or use headphones.

These are just a few of the do’s and don’ts when living with people. The bottom line is to treat your flat mates as you would want to be treated and bear in mind that things that may not annoy you, could annoy someone else.