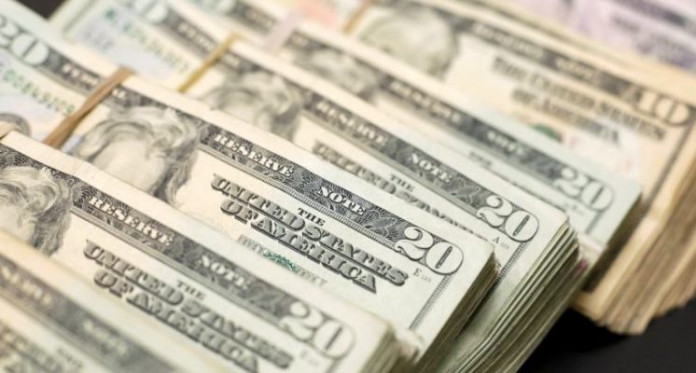 The dollar edged up on Thursday as many of its peers weakened after more central banks shifted to dovish policy stances amid a deteriorating global economic outlook.

The latest switch came from the Reserve Bank of New Zealand (RBNZ), which stunned markets on Wednesday by saying the next move in rates is likely to be down, joining a growing list of central banks that had turned dovish.

The dollar index against a basket of six major currencies was 0.1 per cent higher at 96.879 and headed for its third day of gains.

With many of its peers going on the defensive, the dollar has been able to brush aside a decline by benchmark U.S. Treasury yields to 15-month lows.

“Treasury yields are indeed lower. But this isn’t impacting the dollar very much as Treasury yields are still at attractive levels relative to those in the euro zone and now New Zealand, which has just turned dovish,” said Takuya Kanda, General Manager at Gaitame.Com Research Institute.

“It is currencies like the euro, which is being dragged down by negative German yields, and the New Zealand dollar, which are suffering losses and allowing the dollar to rise in turn.”

The euro’s upside was limited after European Central Bank President Mario Draghi said a hike in interest rates could be further delayed.

Growth-sensitive currencies have taken a beating recently on rising risks to the global economy highlighted by the shakeout in U.S. bond yields, which markets have read as a signal of a future recession.

The Australian dollar, which often moves in sympathy with the kiwi, added 0.15 per cent to 0.7096 dollar.

READ ALSO: Buhari is Behind My Travails-Dokpesi

The Reserve Bank of Australia last month abandoned its long-held tightening bias, and markets there are pricing in a cut this year.

The Aussie had shed nearly 0.7 per cent on Wednesday along with the plummeting kiwi.

Sterling was capped after an offer by British Prime Minister Theresa May to quit to get her European Union divorce deal through parliament failed to win over key opponents of the agreement.

Britain was supposed to leave the bloc on Friday but Brussels agreed last week to put back the divorce date until April 12 to give it a chance to resolve a three-year crisis that has split the country down the middle.

However, it still remains uncertain how, when or even if the United Kingdom will leave the EU.

Daisuke Karakama, Chief Market Economist at Mizuho Bank in Tokyo, said the prospect that Brexit could be scrapped altogether through another referendum is a potential risk that could weigh on the yen.

“A second referendum resulting in ‘remain’ would fuel risk appetite and cause the yen to be sold. The shock from such an outcome could equal that of the first referendum,” Karakama added.

The yen, a perceived safe haven, had rallied hard in June 2016 when Britain chose to leave the EU through a national referendum, causing massive risk aversion in the financial markets.

The yen was 0.3 per cent firmer at 110.19 to the dollar amid a slide in Japanese shares, but it was still some distance away from a six-week peak of 109.70 scaled on Monday.

The 10-year U.S. Treasury note yield slipped to 2.34 per cent, its lowest since December 2017, on worries about a global recession and after the RBNZ embraced a dovish tone on interest rates.