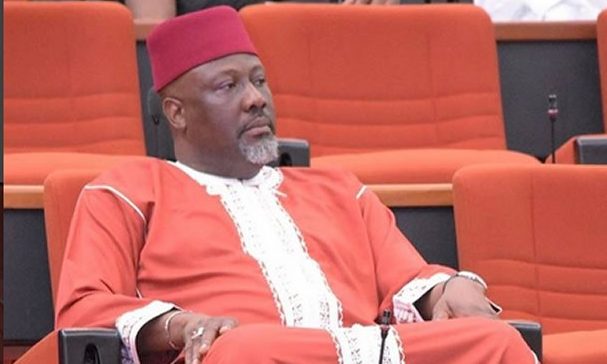 Sen. Dino Melaye, representing Kogi West Senatorial District, has rejected the offer by the Peoples Democratic Party, PDP, to direct its governorship campaign in the state.

The PDP had appointed Melaye Director-General of the State Governorship Campaign Council, but the controversial Senator, who lost the governorship primary to Mr. Musa Wada, turned down the offer.

He however wished the party well in its quest to wrestle power from the All Progressives Congress, APC, in the November election.

Melaye made his rejection known in a tweet at his personal page where he wrote: “Let me state categorically that I have turned down the position of Director-General of the PDP Kogi State Governorship Campaign Council. I wish PDP all the best. When truth is a casualty there is chaos.” 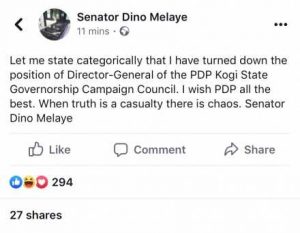