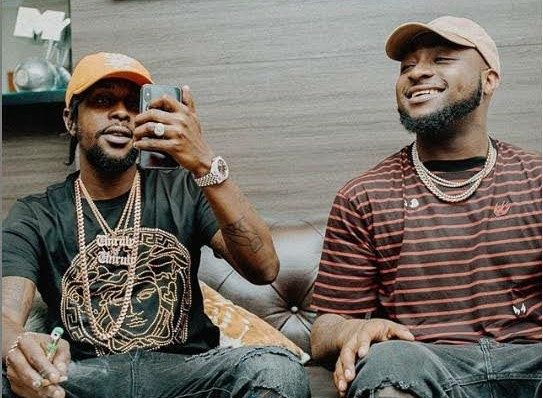 Popcaan is on a visit to Nigeria during the weekend and his first port of call was the home of the DMW boss.

The “Assurance” crooner, called OBO by fans, shared a photo he took with the visiting artiste in his house on his IG page with a caption: ‘Welcome home bredda!!!”

NAN reports that Popcaan who recently released his second studio album, ”Forever” is a major support to Jamaican artistes who are struggling to hit the mainstream of global music.

He has been involved in a number of collaborations with Nigerian artistes in recent times.

He worked with Davido on his 2017 single, ‘My Story’, and collabo with Mr Eazi on the remix of ‘Body So Good’ in August.

His music has also enjoyed global acceptance, which has made him work with some American international artistes, including: Snoop Dogg , Drake and Pusha T and has performed at major concerts around the world.