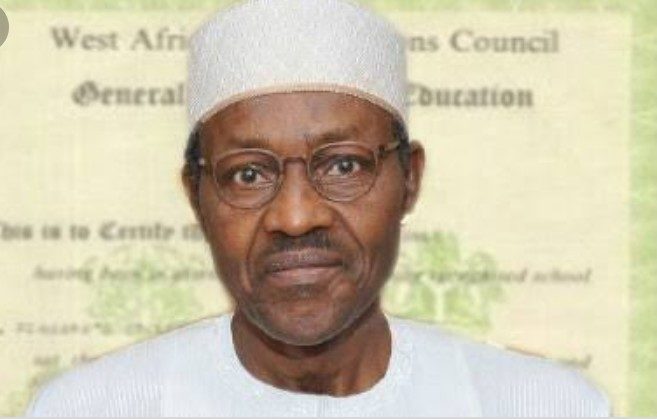 The National spokesperson of Coalition of United Political Parties, CUPP and Chairman of Action Peoples Party, APP, Ikenga Imo Ugochinyere, has dragged President Muhammadu Buhari and the All Progressives Congress, APC, to court over Buhari’s certificate.

In the suit filed before the Abuja High Court, Ugochinyere seeks the disqualification of President Buhari from participating in the 2019 Presidential election over his constitutional ineligibility.

Named as co-defendants in the suit are; the Independent National Electoral Commission, INEC and WAEC.

Ugochinyere is also seeking for an order of the Court to compel WAEC to produce certified true copy of the ledger containing all the students of the provincial secondary school katsina, who sat for the 1961 Examination alongside Buhari.

He is seeking also to nullify the INEC publication of President Buhari’s name as one of the candidates for the 2019 election on the grounds that he does not have the minimum educational requirement and did not provide any evidence of his being educated up to at least school certificate level or its equivalent.

In the Originating summons dated October 29, 2018, Ugochinyere is equally seeking a declaration that “the subsisting election of the 1st defendant into the office of the President of the Federal Republic of Nigeria, when he is not educated up to at least School Certificate level or its equivalent and/or presented any evidence of his being educated up to at least School level or its equivalent to the 3rd defendant, is null, void, illegal, unconstitutional and of no effect.”

Meanwhile, the opposition spokesperson has raised alarm over an alleged move by some chieftains of the APC “to tamper with records in WAEC and upload a computer designed result which is aimed at misleading the public in a desperate attempt to escape the disqualification of the candidate who has not met constitutional requirements to participate in the 2019 presidential election.”

He called on WAEC to preserve their age long integrity by resisting any move to doctor the results of students who sat for the 1961 exam. “This desperate last minute attempt by the APC leadership is to avert the disgrace and humiliation their candidate will suffer at the ongoing law suit which they have no defense,” he said.