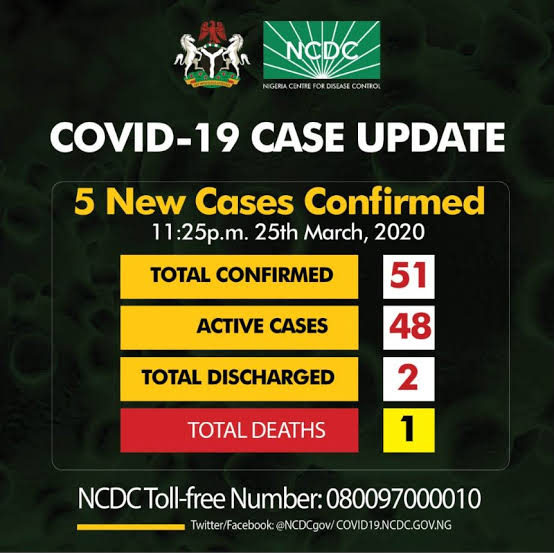 The Nigeria Centre for Disease Control (NCDC) has confirmed five new cases of coronavirus in the country.

According to the tweet, Rivers State has recorded its first case of the virus while the FCT and Lagos account for two new cases each.

This brings to 51 the number of confirmed cases in the country with Lagos still accounting for the highest number, 32, followed by the FCT which has 10.

“3 are returning travellers into Nigeria & 2 are close contacts of a confirmed case. 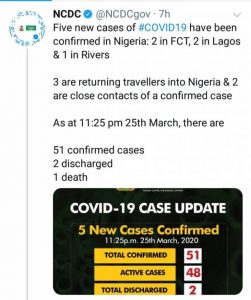 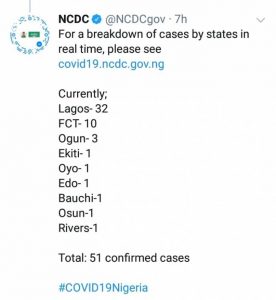 Meanwhile, the Governor of Rivers State, Nyesom Wike on Wednesday closed all entries into the state in an attempt to shut out the virus.