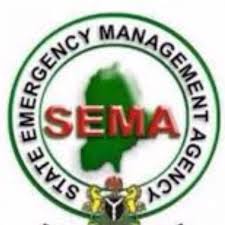 The Executive Secretary Benue State Emergency Management Agency, (SEMA), Mr. Emmanuel Shior has stated that the agency is no longer in possession of CACOVID Palliatives.

Mr. Shior stated this while responding to what he termed as “misleading information being peddled on social media regarding the distribution of CACOVID palliatives in the state.”

The SEMA boss, in a press statement, said that some individuals have insinuated that the Benue State Government is hoarding large quantities of the palliatives in its warehouse.

Shior maintained that this allegation was not only baseless but equally mischievous.

He explained that on receipt of the CACOVID food items, Governor Samuel Ortom had directed SEMA to ensure equitable distribution of all the palliatives to the 23 Local Government Areas of the state, and this directive was carried out to the letter.

He reiterated that SEMA Warehouses no longer have CACOVID palliatives after the distribution and called on the public not to be misled by the rumors in the public space.

Mr. Shior however appreciated the people of the state for their sustained support to the Government.