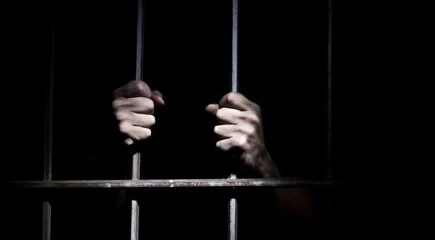 An Upper Area Court sitting in Kasuwan Nama in Jos on Friday, sentenced two students to 18 months imprisonment each for extorting cell phone worth N20,000.
The police charged Aliyu Ibrahim,18, and Umar Abubakar,18, with conspiracy and extortion.

Ibrahim and Abubakar pleaded guilty and begged for leniency.

The Judge, Umar Abubakargave the convicts an option to pay a fine of N40,000 each.

Suleiman advised the convicts to face their studies and not to engage in crimes.

Earlier, the prosecution counsel, Inspt. Ibrahim Gokwat told the court that the case was reported at the Laranto Police Station, on Sept. 14 by the complainant, Hamza Mohammed of Agwan Rogo Jos.

Gokwat said that the convicts confessed that they conspired and extorted a phone from the complainant using a long knife.

The offence, he said, contravened the provisions of sections 58 and 276 of the Penal Code law.