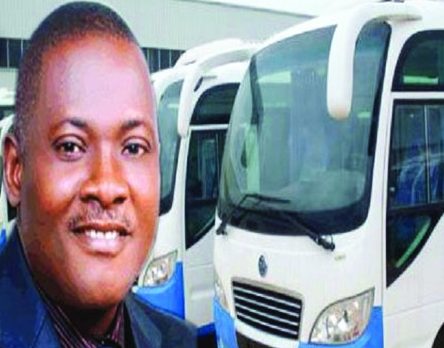 A warrant of arrest has been issued against the Chairman of Innoson Motors Limited, Mr. Innocent Chukwuma.

The warrant was issued on Friday by the judge of a High Court sitting in Lagos, Justice Mojisola Dada, following his absence in court.

Chukwuma was to appear before the court along with his company to face trial over charges bordering on fraud and stealing.

The court said he should be arrested and made to appear in court on the next adjourned date of the case, March 1.

It would be recalled that Chukwuma was arrested by the Economic and Financial Crimes Commission, EFCC, on December 19, 2017.

He was reported to have refused to honour an invitation by the commission having earlier jumped an administrative bail granted to him in a case being investigated by the Capital Market and Insurance Fraud Unit of the Commission’s Lagos office.

Chukwuma was picked up at about 11 a.m. at his Savage Crescent, GRA Enugu residence on December 19 last year.

He was alleged to have mobilised six truck loads of thugs pretending to be staff of his company to his residence, where they manhandled EFCC operatives.

It took the reinforcement from the Enugu office of the EFCC to effect the arrest of the businessman.