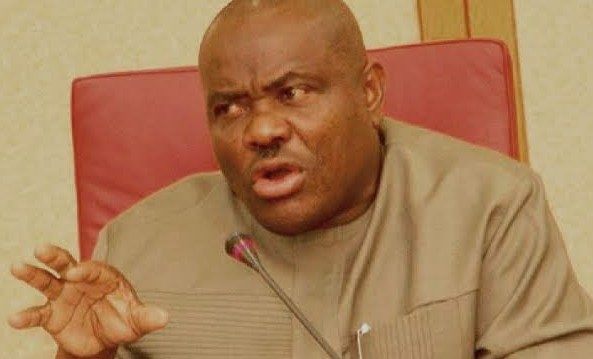 The Federal High Court, Abuja, has fixed March 8 to deliver judgment in a suit seeking to disqualify Gov. Nyesom Wike of Rivers from contesting the March 9 governorship election.

The Plaintiff, Mr Elvis Chinda filed the suit in 2018 praying the court to interpret certain sections of the Electoral Act.

Chinda specifically sought interpretation to the sections which dealt with presentation of forged documents to the Independent National Electoral Commission, INEC, by aspirants seeking clearance to contest elections.

When the matter was called on Tuesday, counsel to the plaintiff and respondent adopted their written addresses and adumbrated on their respective positions on the matter.

The plaintiff’s counsel, Mr Achinike William-Wobodo urged the court to determine whether the birth Certificate (Statutory Declaration of Age) attached to Wike’s Form C.F.001 presented to INEC, was forged.
He urged the court grant the reliefs sought by his client because “a document that lied against itself is forged.”

The counsel said that as at 1986 when the certificate was allegedly obtained, Obio / Okoor Local Government Areas of Rivers was not in existence.

William-Wobodo said that the local government in question was created in 1989 by Decree No 12 of 1989, two years after the alleged forgery was committed.

He also alleged that Wike had maintained consistency of the forged document and had presented same to the election commission in 1989.

He alleged that the plaintiff obtained the document from INEC just a week before he filed the action, so the issue of being statute barred did not arise because he had brought the action within time.

On his part, counsel to INEC, Mr Wale Ajayi, did not respond to the plaintiff’s originating summons but filed a preliminary objection challenging the jurisdiction of the court to entertain the suit.

He urged the court to dismiss the suit on the grounds that it lacked jurisdiction.

He said that the suit was statue barred, as it was filed outside the 14 days allowed by the fourth alteration to the 1999 Constitution as amended.

Orbih also argued that the deponent of said the forged certificate of birth was not joined in the suit.

Justice Ekwo, after listening to the submissions of counsel, adjourned the matter until March 8 for judgment.