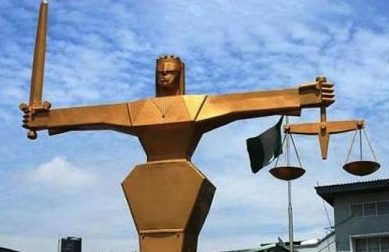 Justice Inyang Ekwo of the Federal High Court Abuja, has fixed April 2, to deliver judgment in a motion filed by the governorship candidate of the African Action Congress, AAC, in Rivers, Mr. Biokpomabo Awara, praying the court to stop the INEC from resuming the collation and announcement of results of the state’s governorship election.

Respondents in the suit are the INEC and Peoples Democratic Party, PDP.

NAN reports that INEC National Commissioner for Information and Voter Education, Mr. Festus Okoye, announced that the electoral body would resume the collation and announcement of results of the election between April 2 and April 5.

Awara is urging the court to stop INEC from concluding the collation and announcement of the result, saying he was the clear winner of the March 9 election having won 15 of the 23 local government areas in the state.

INEC had suspended collation following disruption of the process at some collation centres by alleged thugs.

Justice Ekwo fixed the date after listening to the arguments of the counsel representing the AAC and the PDP, while the INEC was not represented in court.

Counsel to the AAC, Mr. David Adegbe, told the court that the matter was slated for hearing and they had filed processes for originating summons on March 8.

He said they had also filed a written address in response to the counter affidavit filed by PDP, who was the second defendant in the matter on March 27.

Counsel to the PDP, Mr. Emmanuel Ukala, SAN, said they had filed their reply on point of law today’s morning which was duly served on the Plaintiff, the AAC.

Ukala argued that the court lacked jurisdiction to go on with the matter as all matters relating to elections should be directed to the election petition tribunal.

He cited decisions of the Supreme Court and other authorities in support of his arguments.

However, counsel to the AAC candidate prayed the court to overrule the arguments of the second defendant, calling the PDP “a busybody’’ in the matter.

He said that the election was disrupted by violence and that the INEC should adhere to its word by conducting a rerun election.

On March 23, Awara, the AAC governorship candidate had filed a motion urging the court to stop INEC from further collation and announcement of results.

In the motion, he said he was the winner of the governorship election held in Rivers state, having won 15 of the 23 local government areas in the state.

Justice Ekwo however, did not grant the motion as requested by the AAC candidate, saying it had been overtaken by events.