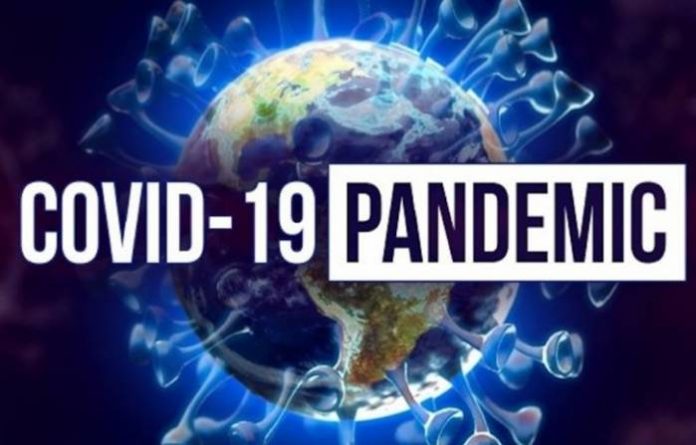 US coronavirus cases have hit a record daily high as states grapple with a renewed wave of infections.

US Surgeon General Jerome Adams has warned that hospital admission numbers are growing, but mortality rates are falling due to better patient care.

It comes as pharma giants AstraZeneca and Johnson & Johnson resume US vaccine trials after approval from regulators.

The World Health Organization (WHO) has also warned that countries in the Northern Hemisphere are at a “critical juncture”.

“The next few months are going to be very tough and some countries are on a dangerous track,” said director general Tedros Adhanom Ghebreyesus, speaking with reporters.

What are the latest US figures?

According to the Covid Tracking Project, nearly 8.5 million cases of coronavirus have been reported in America since the pandemic began.

The daily increase on Friday surpassed by more than 6,000 cases the tracking project’s previous record of 76,842 on 17 July.

Over the last week, US has tallied the 441,541 new infections – its largest seven-day increase since the end of July.

The number of people who’ve died after contracting coronavirus has also steadily increased during the last six days, but is still significantly below the peak of over 2,000 daily deaths reported in April.

Hospital admission numbers are rising, too. As of Friday, 41,485 people were being treated in hospital, according to Covid Tracking Project data. This was the highest figure since the end of August, but it was also lower than figures reported in April and July.

Data for Friday has not yet been released by the federal Centers for Disease Control (CDC). But on Thursday the CDC reported 74,380 new cases, its third-highest number on record.

America’s Midwest continues to be the hardest-hit region of the country, with cases soaring in states like North Dakota, Montana and Wisconsin.

In Ohio, a key battleground state for the upcoming presidential election, authorities recorded their worst daily case increase for a third day running.

Others in the region, including Illinois and Indiana, also saw daily rises near or at record highs on Friday.

Meanwhile, in the south-west cases reached an all-time high in Utah, where new mandatory mask rules have been introduced in 21 counties.

“Up until now, our hospitals have been able to provide good care to all Covid and non-Covid patients who need it. But today we stand on the brink,” said Mr Herbert.

“If Utahans do not take serious steps to limit group gatherings and wear masks, our healthcare providers will not have the ability to provide quality care for everyone who needs it.”

How is this impacting the US presidential race?

America’s coronavirus outbreak has become a key policy battleground ahead of the November election.

President Donald Trump and Joe Biden clashed over the subject during Thursday’s presidential debate, and the two candidates have continued to present starkly different views over the way ahead.

At a rally in Florida on Friday, President Trump promised supporters that the pandemic would end soon, and accused Mr. Biden of overstating the crisis to scare people into voting for him.

Meanwhile, while speaking at an event in Delaware, Mr. Biden said the president had given up on containing the virus.

The former vice-president said that, if elected, he would ask state governors to mandate the use of masks, put a national testing plan in place, and order the production of personal protective equipment.

Mr. Biden also pledged to make the Covid-19 vaccine free for every American if one is approved. A similar plan was unveiled by the federal government in September, as part of a White House initiative dubbed Operation Warp Speed.

According to the WHO, 44 vaccine candidates are being clinically evaluated, including those by AstraZeneca and Johnson & Johnson.

AstraZeneca’s vaccine, which is being developed with Britain’s Oxford University, is considered one of the world’s most promising. But the project paused its global phase 3 trials last month after a volunteer in Britain became ill.

US regulators have now given the green light to resume the trial, as has already happened in the UK, Brazil, South Africa and Japan.

Johnson & Johnson suspended its US trial last week after a participant fell ill but now says it has “found no evidence that the vaccine candidate caused the event”.

AstraZeneca and Johnson & Johnson both have contracts to provide their vaccines to the US government if approved by regulators.