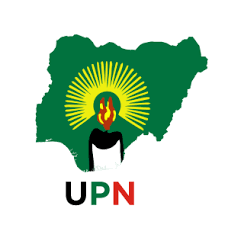 The Unity Party of Nigeria, UPN, has called on the National Assembly to consider independent candidature while reviewing the Electoral Act.

Mr. Rotimi Boboye, Chairman of the party in Ondo State made the call on Friday after the party’s State Executive Council, SEC, meeting on Friday in Akure.

He said the lawmakers should make provision that would allow interested individuals who want to contest in national elections but do have resources to use political party platforms to do so as independent candidates.

“There should be provision for independent candidature in the system. You may not belong to any political party but carry out your campaign and win.

Boboye commended the Senate for its plan to amend the Electoral Act 2010 to reduce number of political parties running for national elections from 91 to five.

The UPN chairman said there were political parties without offices in many states and they claim to be existing and contesting in national elections.

He enjoined residents of Ondo State to join the UPN, which he described as “a party with citizen welfare ideology that allows for level-playing ground for its members.”

Boboye expressed optimism that the party’s good outing during the 2020 governorship election in the state.