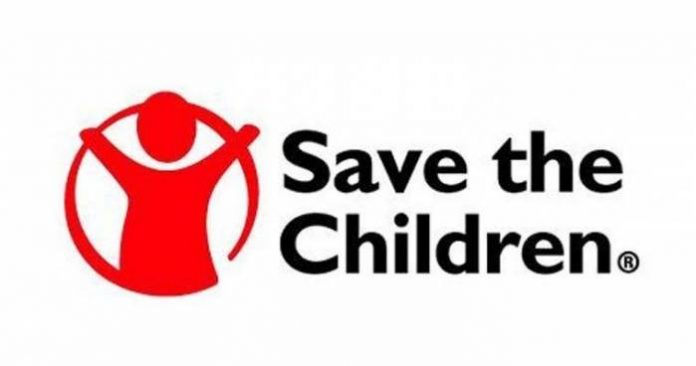 A total of 93,236 children have been killed or maimed in conflicts in the last 10 years, says a report by Save the Children International, a global Non-Governmental Organisation (NGO).

Ms. Inger Ashing, the Chief Executive Officer of the NGO said this in a statement on Friday in Abuja.

Ashing said that the figures were disclosed in the report with the title, “Killed and Maimed: A Generation of Violations against Children in Conflicts.”

She said that the report revealed that 25 children, the equivalent of a classroom full of pupils, had been killed or injured on average every day.

She said that many were victims of airstrikes, shelling, landmines and other explosive weapons used in populated areas, where families had been ripped apart and tens of thousands of children left dead or scarred for life.

“Last year alone, more than a third of the verified child casualties were caused by explosive weapons with the number dramatically higher in Afghanistan, Iraq and Syria.

“The report also reveals that in 2019, some 426 million children lived in a conflict-affected area, a slight increase on the year before.

“Around 160 million children lived in a high-intensity conflict zone, also an increase compared to 2018.

“The impact of explosive weapons on children is complex, robbing families of their hopes and their ability to access vital services, and often profoundly altering the direction of a child’s life.”

Ashing said that behind the stark numbers are countless stories of the child victims of war.

She expressed concern that many are casualties of people, who blatantly disregard international laws and standards with governments turning a blind eye.

“Yet several countries have made a conscious decision to keep selling arms to warring parties even where it was clear they were being used against children. This cannot go on.

“This weekend, the world’s richest and most powerful leaders gather in Saudi Arabia for the G20 summit in Riyadh.

“A day’s drive away, millions of vulnerable children in Yemen don’t know where their next meal will come from or if they will survive the next airstrike or artillery shelling.

“This is an opportunity for world leaders to use their influence and their voice to make the right choice, and to stop the war on children,” she said.

According to Ashing, even during the COVID-19 pandemic, when the focus should be on fighting the virus, warring parties continued killing and maiming children.

She said that the UN called for a global ceasefire in July, endorsed by 170 countries, but since then 177 children had been killed and maimed in Yemen.

She noted that dozens had been killed or badly injured in Afghanistan, the violence in DRC had spiked, and children in Myanmar were frequent victims.

The NGO boss said that earlier this year, the Saudi and Emirati-led coalition were taken off the UN’s ‘list of shame’, which called out perpetrators of grave violations against children.

She explained that the coalition was delisted, even though children in Yemen are still bombed almost daily.

“Never in human history have we been more aware of child rights violations –bombings are verified, recruitment is documented and we see children starving on TV as they are denied aid.

“We have the means to prevent children from being harmed, but we continue to see unbelievable violations, year on year. It is as if the world has stopped caring,” Ashing said.

She said that the report outlined that, in 2019, the most dangerous countries for children in conflict were Syria, Somalia, Afghanistan, Yemen, Nigeria, DRC, Mali, CAR, Iraq, South Sudan and Sudan.

Ashing said that the report revealed that more than three million children are living in an area where violence had been raging for 18 years or more.

She added that over 3,100 children were found to have been recruited in the Democratic Republic of Congo alone; and over 4,400 humanitarian organisations were denied access to children six times as often as in 2018.

“To curb the disastrous impacts of explosive weapons on children, Save the Children is urgently calling on states to curb the use of the weapons most harmful to children.

“They should also limit the sale of such weapons if they might be used to commit or facilitate serious violations of international law, and hold those who disregard international laws and standards to account,” she said.

According to her, Save the Children is also calling for states to support an Irish-led political declaration aimed at curbing the use of explosive weapons in populated areas.

She said that the organisation was also urging governments to ensure child protection was fully funded in humanitarian responses, including mental health support for children and their families.