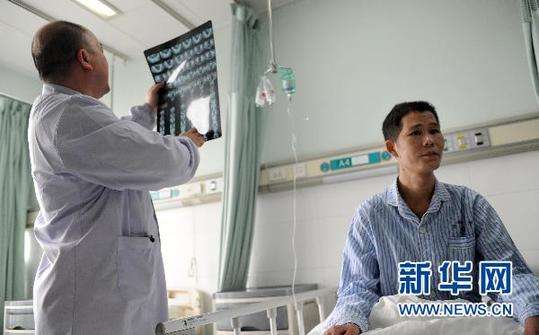 The World Health Organization commended China for its health reform package, which provides a reference for universal healthcare coverage.

China has been pushing for hierarchical diagnosis and treatment development while implementing reform in payment and other insurance. Now, all public hospitals in China have removed their medicine markups as the country continues its medical health reform.
The former Director-General of the WHO, Dr. Margaret Chan, noted that China puts people first in medical reform and cares about their interests. China’s success is worth spreading to other countries.

China is one of the countries with the fastest progress in health services, said medical journal The Lancet in its 2016 global medical accessibility and quality rankings, which was published last year.

China has leaped to 48th place among 195 countries and regions from 60th in 2015, according to the report.

A series of measures were introduced to lower the prices of medicines, especially anti-cancer medication, such as Gefitinib and Imatinib.
Initially, more than 100,000 yuan was required to purchase anti-cancer medication for one patient over the course of six months, but this expense can now be cut by 80-90 percent thanks to the new policy, said an anonymous attending physician from a Beijing-based first-class hospital.

On top of that, the Chinese government officially canceled tariffs on imported anti-cancer drugs as of May 1, 2018. This year, China will start another round of negotiation, aiming to expand the medical insurance list to include another 128 drugs.

With the implementation of 5G and Internet Plus, China also achieved many firsts in distance medical care, providing the public with convenient access to medical services. In the future, online medical services are expected to become part of national medical insurance.