China celebrated 90 years of its People’s Liberation Army Sunday with a massive display of military might and vows from Chinese President Xi Jinping to invest further in the world’s largest armed forces. With advanced jets soaring through the sky and flanks of troops marching on the ground, Xi promised further investment in technology and new equipment as part of China’s plan for a smarter, leaner military.

The military parade at a remote training base in China’s northern Inner Mongolia region was carried live on state television and came a day after President Donald Trump slammed it for not doing more to stop North Korea’s nuclear ambitions. It was the first time China held Army Day celebrations since the 1949 Communist revolution, Reuters reported.

Soldiers of China’s People’s Liberation Army (PLA) get ready for the military parade to commemorate the 90th anniversary of the foundation of the army at Zhurihe military training base in Inner Mongolia Autonomous Region, China, July 30, 2017. Reuters

Xi spoke to 12,000 troops while wearing military fatigues and a field cap. As martial music played from speakers to the crowd, Xi shouted to the troops: “Hello comrades!” and “Comrades, you are working hard!” The parade also featured H-6K bombers,  J-15 carrier-based fighters and a new generation J-20 stealth fighter.

Xi said the world was facing conflict, but he did not mention North Korea or the U.S. China insists it is not preparing for war, but must overhaul its military to defend its borders and interests. China is the world’s second-largest economy, behind the U.S.

Trump tweeted Saturday night that he’s “disappointed” in China. “Our foolish past leaders have allowed them to make hundreds of billions of dollars a year in trade, yet… they do NOTHING for us with North Korea, just talk,” Trump tweeted.

“We will no longer allow this to continue,” he added. “It could easily solve this problem!”

North Korea tested Friday an intercontinental ballistic missile that showed the U.S. mainland is in its firing range, including New York City, Chicago and Los Angeles. 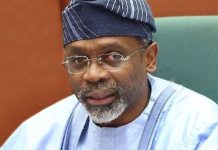 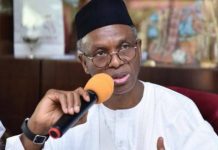