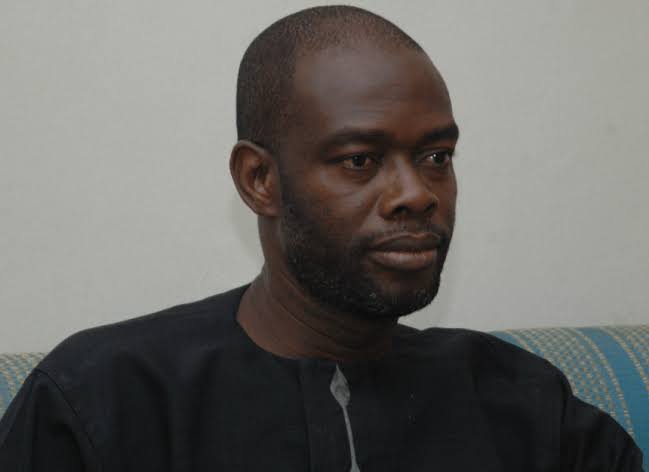 Growing up, I read Anezi Okoro’s seminal One Week, One Trouble in which he regaled the reader with the protagonist, Wilson Tagbo’s weekly troubles that were majorly run-ins with his secondary school authorities.

I have had cause in recent times to reflect again and again on the 112-page book written in 1972. Replace the protagonist with President Muhammadu Buhari’s Nigeria and what you get is ‘one day, many troubles.’

The similarities are too uncanny to be ignored.

The state of affairs – socially, politically, economically – under Buhari’s watch has become desperate. Scarier is the hint from the famed body-language of the president, aloof as ever, that even these desperate times are early days.

And he seems to be savouring every minute of the bedlam, indubitably on top of his game, comfortable in the Machiavellian assurance that the end will always justify the means no matter how duplicitous and nasty.

Buhari’s Nigeria is in dire straits. Death walks on all fours with a taunting swagger that leaves in its wake a haunting nimbus.

Negative stories break at the speed of light. Journalists are exasperated and it is almost impossible, no matter how diligent, for anyone to keep track, leaving many inured to the sadism that has become our collective lot.

Take for instance in the last couple of weeks. A protest by members of the Islamic Movement in Nigeria (IMN) in Abuja on Monday, July 22 turned violent as the protesters clashed with security agencies, who used brute force to quell a civil protest.

When the dust settled, a Deputy Commissioner of Police in charge of Operations at the Federal Capital Territory Police Command, Usman Umar; a National Youth Service Corps (NYSC) member who worked as a cub reporter with Channels Television, Precious Owolabi; and 11 Shiites members were killed.

Some 54 members of the Islamic sect were arrested.

Tuesday July 23 was another day of rage as the sect members trooped out again to protest the continued detention of their leader, Ibrahim el-Zakzaky, and his wife, despite a court order that granted them bail.

On Friday, July 26, the federal government obtained an Abuja Federal High Court order to proscribe the Shiites’ movement in Nigeria.

Justice Nkeonye Maha not only ordered the proscription of the group as requested by the Buhari administration but also designated the activities of the group in any part of Nigeria “acts of terrorism and illegality.”

On Thursday, August 1, five people, including a magistrate and a deaconess of the Redeemed Christian Church of God (RCCG), Chidinma Ibelegbo, were abducted around the J3 forest on Ogbere Road in Ogun State.

Instructively, Ibelegbo, the only female victim, who was travelling from Asaba, Delta State, identified the kidnappers as Fulani.

Narrating their experience at the police officers’ mess in Abeokuta after their rescue on Saturday, Iroha described the ethnic identity of the marauders who made them walk some 30 kilometres into the forest.

“Well, from their looks, there are some things I can’t say because it is a bit sensitive because the police are on the matter now for the sake of not destroying the evidence. From the language they spoke they are pure Fulani herdsmen, no doubt about it, I wouldn’t want to go further than that,” he recounted.

The Catholic Diocese of Enugu lamented on its Facebook page that he was shot dead by “some hoodlums suspected to be the notorious and murderous Fulani herdsmen, along Ihe-Agbudu Road in Awgu Local Government Area of the state.”

Yet, those adept at playing the ostrich by living in denial claim that the Fulani are being falsely profiled.

On Sunday, August 4, gunmen killed the resident pastor of the Living Faith Church, Romi New Extension, Kaduna State, Jeremiah Omolara, along the notorious Kaduna-Abuja Road and abducted his wife who was travelling with him. Their son was lucky to escape.

Then, on the eve of a nationwide protest called by the RevolutionNow Movement, Aso Rock chose to announce that despite the national outcry against the RUGA settlement policy, the government had actually earmarked N2.258 billion for its implementation in the 2019 budget.

The Presidency doubled down on its false claim that the policy was discussed and agreed at the National Economic Council (NEC), with governors in attendance, wondering why some governors would deny knowledge of the decision.

Yet, this is a dubious claim that no less a person than Vice President Yemi Osinbajo, who chairs the NEC, had repudiated with every iota of emphasis at his command.

But hosting Akwa Ibom State students of the Nigerian Law School in Abuja over the weekend, Senator Ita Enang, Presidential Senior Special Assistant on National Assembly Matters, admonished governors, particularly from the South, to embrace the programme by making land available for its implementation because it is a fait accompli.

For Buhari, it does not matter that the policy has been overwhelmingly rejected by most people in the South. The new slave masters want RUGA settlements across the country, and settlements they must have willy-nilly. The impunity is insufferable, reckless and repulsive.

Those who claim to be supporters of the president tell us that violence is a global phenomenon. That is true. They insist that Nigeria had always contented with insecurity, particularly since after the civil war. That may well be true also.

But what is new is the fact that today, we have a provincial and insular president who is actively and deliberately fanning the embers of national discord; a president who is busy and assiduously promoting an ethnic agenda over and above national interest. And the single-mindedness with which he pursues this Fulanisation agenda is breathtaking.

What Buhari’s supporters have disingenuously refused to accept is the fact that as a nation, despite the obvious challenges and difficulties of nationhood, we have never had it so bad and his actions and inactions are at the heart of the matter.

His supporters, who claim that Nigerians are being prejudicial against the Fulani because of the ethnicity of the president, also miss the point.

Let me reiterate that Buhari is not the first Nigerian president of Fulani extraction. Shehu Shagari who became president in 1979, just nine years after the civil war, was Fulani.

Umaru Yar’Adua who as president brought peace to the restive Niger Delta, was Fulani. Despite his incapacitation due to ill-health, his very brief tenure was peaceful.

But since Buhari became president, it has been one trouble, too many on a daily basis. Most, if not all, of the crises are traceable to him – his utterances, nepotistic inclinations, anti-democratic tendencies and ethnic bias.

Right now, Nigeria has a president who unabashedly traffics in bigotry and prejudice, whose narrow-mindedness and nepotism hinder inclusiveness, promote bitter ethnic strife and the attendant violence, a president who whimsically labels every dissention, no matter how benign, as a felonious act.

Nigeria has a president whose anti-democratic reflex is very contemptuous and disruptive of the basic values of democratic political systems – liberty, equality, justice.

In Buhari’s Nigeria, there is no fairness, reasonableness and integrity. There is neither equal opportunity nor impartiality. Liberty is a scarce commodity.

Buhari craves power absolutism, which he has almost acquired having reduced the judiciary and legislature, otherwise independent arms of government, to mere appendages of the Presidency.

He behaves as if he is not the president of Nigeria, as if he is on a mission to conquer the country at the behest of non-citizens. The thought of that bizarre state of affairs, an uncanny situation of a president who treats outsiders much more sympathetically and friendly that his own citizens, is eerie.

But that is the reality of Buhari’s Nigeria. And that explains why we have become a country of one day, many troubles.

Silencing The Guns In Africa