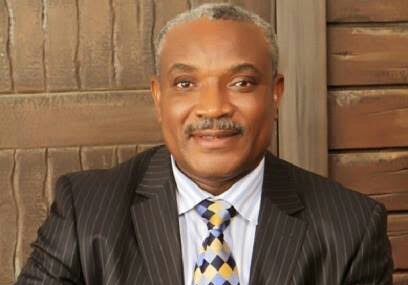 President Muhammadu Buhari has suspended the Chairman of the Special Investigation Panel for the Recovery of Public Property, Mr. Okoi Obono-Obla.

The Presidency tweeting @NGRPresident, said the President directed Obono-Obla suspension with immediate effect and until the conclusion of ongoing investigations by the Independent Corrupt Practices Commission, ICPC. 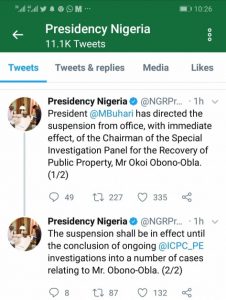 Meanwhile, Mr. Obono-Obla’s suspension letter, signed by the Secretary to the Government of the Federation, Boss Mustapha, directed that he should answer questions from the Independent Corrupt Practices and other Related Offences Commission, ICPC.

He is to face probe over allegations of certificate forgery and other corruption-related charges.

The letter by Mr. Mustapha according to reports said that while Mr. Obono-Obla remained on suspension, the Solicitor General of the Federation, Dayo Apata, would take over running of the panel on recovery of public property. 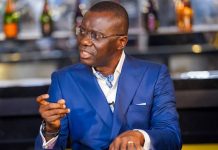