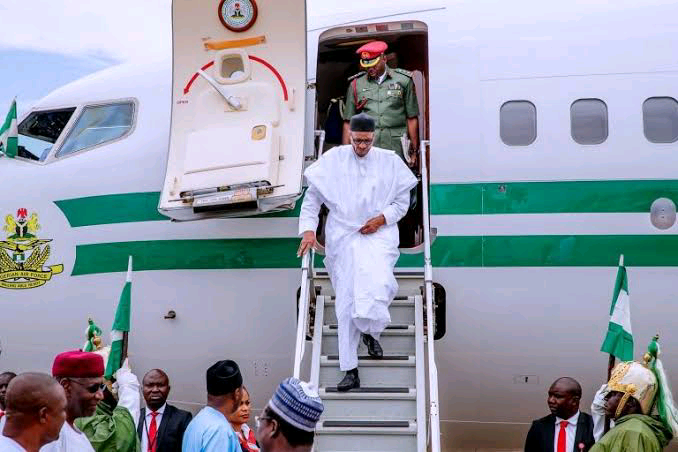 President Muhammadu Buhari has arrived in Maiduguri, the Borno State capital, on a one-day working visit minutes after the Boko Haram fighters fired a rocket into Maiduguri.

Buhari, whose aircraft landed at the Maiduguri Airforce Base at 11:45am is accompanied by top officials of his government.

The Governor of Borno, Prof. Babagana Zulum, was on the ground to receive him alongside all the security service chiefs, who arrived in the city earlier.

The president is visiting Borno for the second time in 6 months, having last visited on June 21, 2021, when he commissioned massive projects undertaken by the Borno State Government and North East Development Commission.

The president was immediately driven out of the airport to the site of the Shiek Tijjani Bolori Mega School behind Quarter Maiduguri.

Zulum appealed to the people to come out en-mass to appreciate Buhari’s efforts in supporting resettlement and recognise all the good works the president had done for the state in the last six years.

It was gathered that all markets were ordered to close and most roads within the metropolis are partially closed or diverted during the visit until the departure of the president scheduled for 2 p.m.

Boko Haram fighters had earlier in the day hit Maiduguri, capital of Borno state, ahead of the President’s visit.

The insurgents were said to have attacked three communities at Ngomari airport general area in Maiduguri.

The attackers appeared to have targetted the airport as they struck 10:45am, a few minutes before the arrival of Buhari.

Some locals told Daily Trust that the attackers hit the communities with rocket launchers, killing an unconfirmed number of people, destroying residential areas and properties.

A resident said one of the rockets landed close to an office and two landed in the Ngomari Ayashe community, killing four children, one in Moranti.

“I can confirm that a 16-year-old child, Walida, was affected in the attack.

She died instantly; she was cooking when her head got destroyed by the rocket,” the resident said.

At least, 25 people reportedly sustained injuries in the attack, which the authorities are yet to comment on. 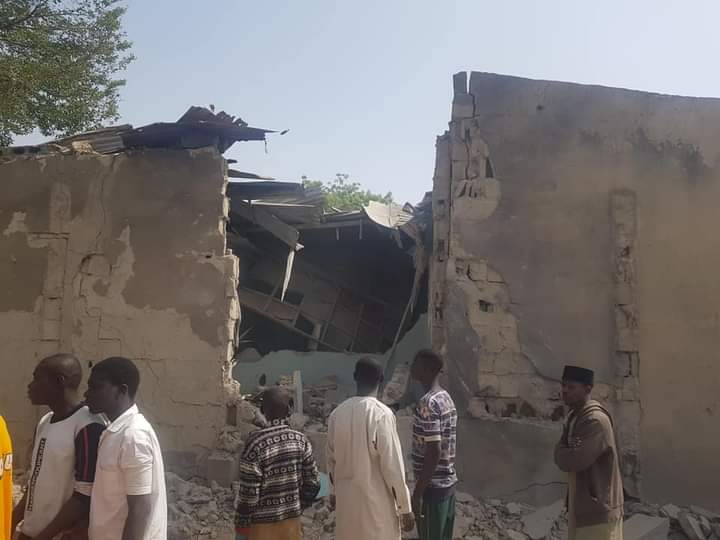