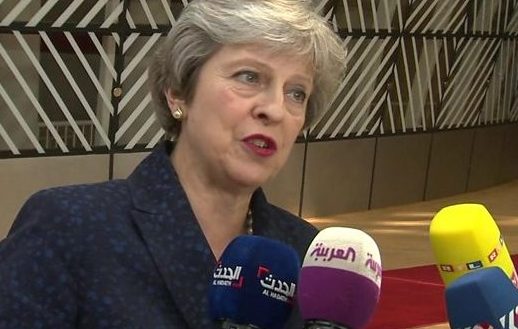 British Prime Minister Theresa May is expected to visit Nigeria on Wednesday.

She is also expected to visit Kenya and South Africa.

A statement issued by the UK government stated that May would visit President Muhammadu Buhari in Abuja and later move to Lagos State.

The prime minister is expected to be joined by a business delegation made up of 29 representatives from UK business from across all regions of the UK and its devolved administrations.

The statement reads:  “The Prime Minister’s central message will be focused on a renewed partnership between the UK and Africa, which will seek to maximise shared opportunities and tackle common challenges in a continent that is growing at a rapid pace – from the Sahara to South Africa.

“As Africa seeks to meet the needs of its growing population the visit will also emphasise that it is in the world’s interest to help secure African stability, jobs and growth because conflict, poor work prospects and economic instability will continue to encourage migration and dangerous journeys to Europe.

“Because nations cannot prosper without security, the prime minister will also use the visit to announce further support to tackle instability across the region.”

Theresa May was quoted as saying Africa stood right on the cusp of playing a transformative role in the global economy, and as longstanding partners the trip was a unique opportunity at a unique time for the UK to set out its ambition to work even closer together.

She said further:  “A more prosperous, growing and trading Africa is in all of our interests and its incredible potential will only be realised through a concerted partnership between governments, global institutions and business.

“As we prepare to leave the European Union, now is the time for the UK to deepen and strengthen its global partnerships. This week I am looking forward to discussing how we can do that alongside Africa to help deliver important investment and jobs as well as continue to work together to maintain stability and security.”