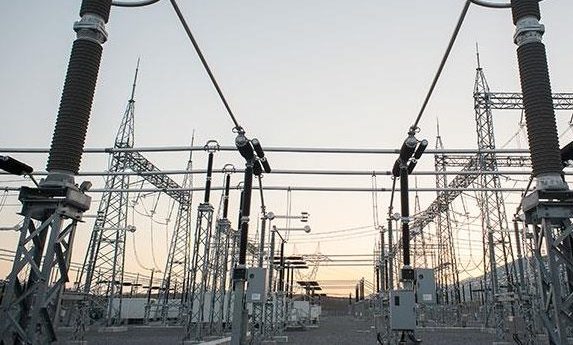 The current power outage being experienced in parts of the country is as a result of the collapsed national grid.

Two of the power distribution companies in the country, Eko Electricity Distribution Company, Lagos, and Kaduna Electric announced the national grid collapse on Sunday afternoon in separate Twitter messages to their customers.

Tweeting on its official handle, @EKEDP, Eko Electric said: “Dear customer,
The outage you’re experiencing is due to a system collapse on the National Grid.
We are working with our TCN partners to restore supply as soon as possible.
Please bear with us”
#PowerUpdate #EkoElectricity #EmpoweringQualityOfLives

“We regret to inform you that the loss of power supply in our franchise- Kaduna, Sokoto, Kebbi and Zamfara states- is as a result of the collapse of the national grid. The collapse occurred at about 11:26 am this morning.

“Supply shall be restored as soon as the grid is back up.

“We regret all inconveniences.”

No time frame was given by either of the distribution companies for the restoration of power supply. 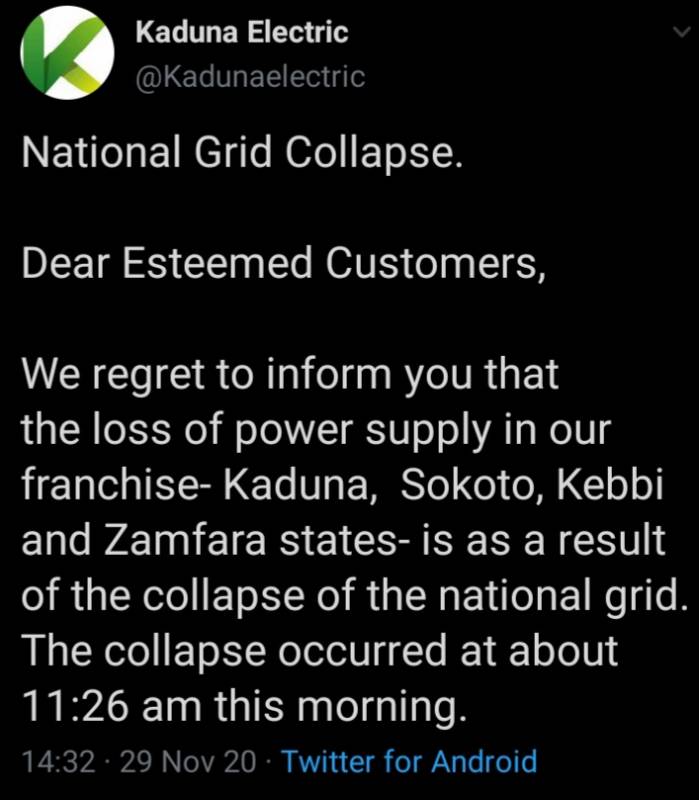 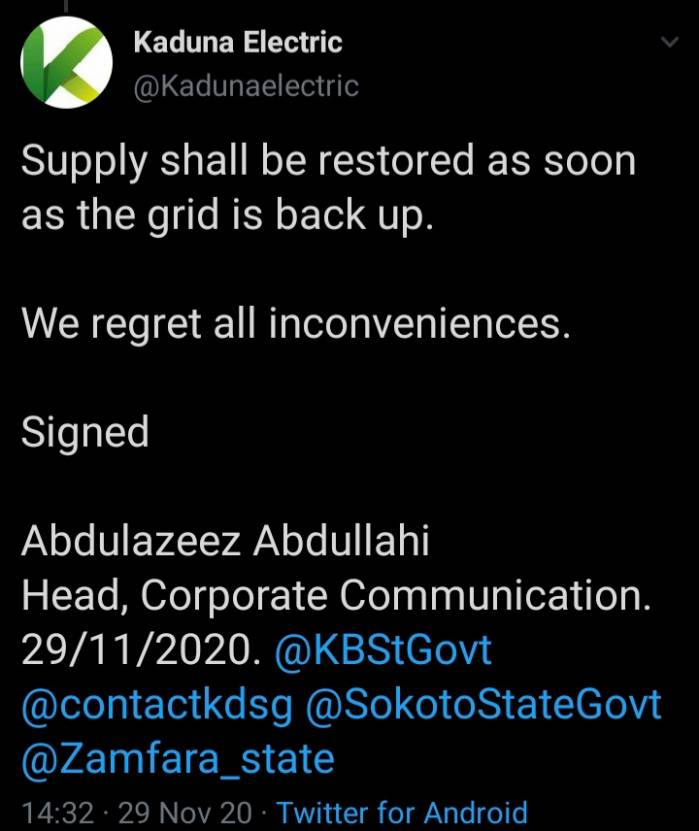 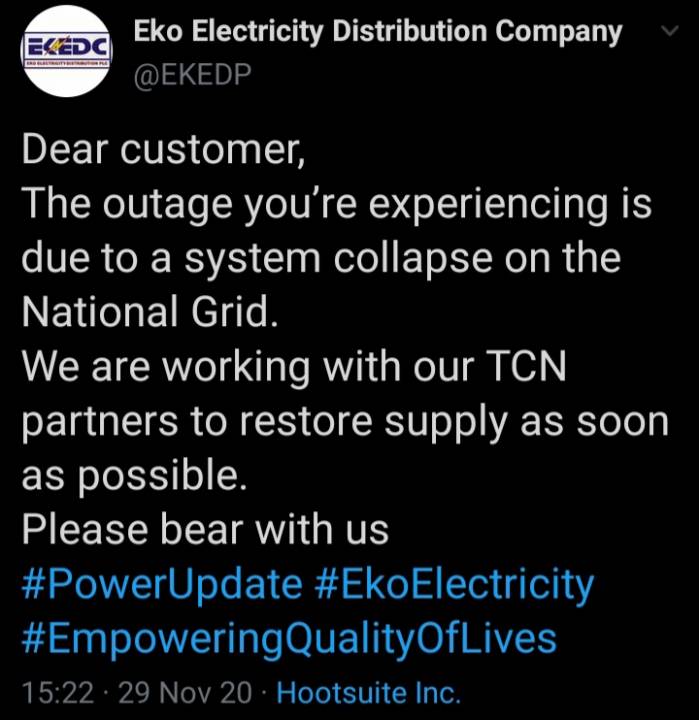