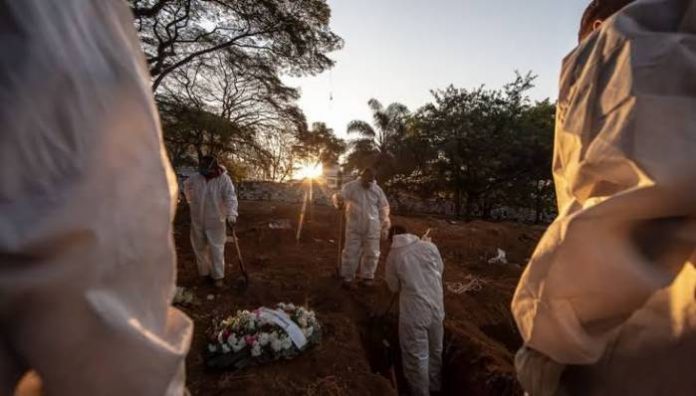 Number of cases of coronavirus in Brazil has surpassed half a million, the country’s Health Ministry said.

The country had recorded 514,849 cases of infection with the virus, the latest official figures showed.

After the United States’ nearly 1.8 million cases, Brazil is the country with the highest number of officially recorded infections worldwide.

Brazil is the biggest nation in Latin America and is carrying out relatively low levels of testing meaning the real figure is likely significantly higher.

There have been at least 29,314 virus-related deaths so far in the country.

Brazil’s death toll is in fourth place globally, behind the U.S., Britain and Italy, according to data collected by Johns Hopkins University.

In many cities in Brazil, hospitals have reached capacity.

Authorities have set up makeshift clinics in football stadiums.

Meanwhile, a dispute between President Jair Bolsonaro, several governors and congress has paralysed the country.

But many state leaders have put in place their own restrictions on movement and public life to stem the spread of the virus.

On Sunday, there were clashes between Bolsonaro supporters, anti-government protesters and the Police in several Brazilian cities.

Meanwhile, the U.S. announced it would send Brazil 1,000 ventilators and two million doses of hydroxychloroquine, an anti-malarial drug that President Donald Trump and Bolsonaro have both touted without scientific backing.

The U.S. said hydroxychloroquine will be used to prevent infection among Brazil’s nurses, despite Trump’s own drug regulator, saying it should only be used for certain hospitalised patients and in trial settings.

“It will also be used as a therapeutic to treat Brazilians who become infected,’’ the White House said in a Sunday statement.

Meanwhile, Washington announced a joint research effort with Brazil to “evaluate the safety and efficacy’’ of the drug for preventative and treatment uses.

“The two countries are well-positioned to continue their work together to address the coronavirus pandemic, in addition to other matters of strategic importance,’’ the White House said.