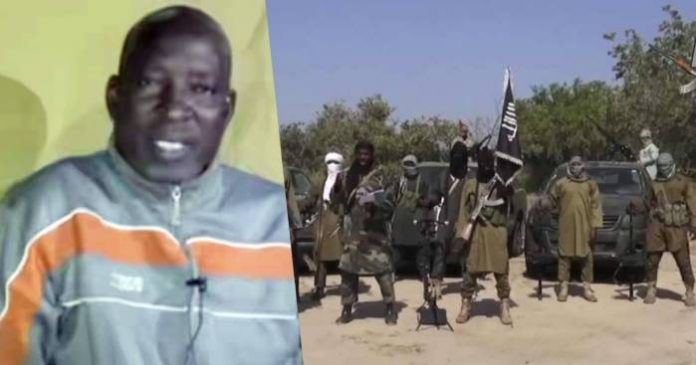 Boko Haram terrorists have allegedly executed the Chairman of the Christian Association of Nigeria in Adamawa State, Rev. Lawan Andimi.

Andimi was declared missing on January 3, following a raid in the town of Michika by a faction of the Islamic terrorist group.

News of his execution was broken by a Nigerian exiled journalist, Ahmad Salkida, on his Twitter handle today, January 21, 2020.

He wrote: “To break some news items can traumatize. I’m battling with one of such. Reverend Andimi, abducted by #BokoHaram was executed yesterday. Rev. Andimi was a church leader, a father to his children and the community he served. My condolences go to his family.

— Ahmad Salkida (@A_Salkida) January 21, 2020”
Recall that Andimi was few days ago on Boko Haram video pleading passionately for his release.