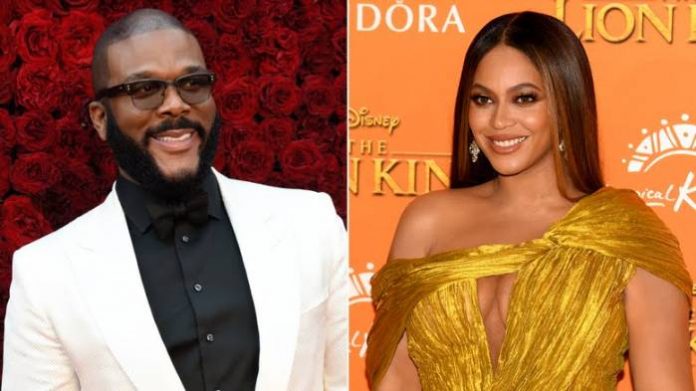 Beyoncé has revealed she “could not stop crying” when she attended the opening of Tyler Perry’s gigantic new film studio.

The 38-year-old singer, who joined famous faces including Oprah Winfrey and director Spike Lee at the grand opening of the 330-acre Tyler Perry Studios in Atlanta, congratulated the award-winning writer and producer on Sunday night.

Sharing a series of Instagram photos of herself posing in a custom-made Yousef Al Jasmi yellow beaded gown alongside husband Jay Z, Beyoncé revealed that she had been moved to tears at the star-studded event on Saturday.

“I could feel our ancestors’ presence. Surrounded by my heroes, I watched Denzel, Queen Oprah, Spike, Whoopi, Sir (Sidney) Poitier, Will, Halle, Dame Cicely(Tyson) and our angels John Singleton and Diahann Carroll honored,” she captioned the gallery.

“The Armand de Brignac crashed against each soundstage as fireworks lit up the sky. Generations of blood, sweat and tears, success, excellence and brilliance.”

The mother-of-three, who was widely praised for her acting role in the 2006 movie “Dreamgirls,” continued: “It makes me so proud, so full, I could not stop crying. Thank you my Virgo brother for so much love and passion put into every detail. My prayer today is that you will take it all in. You inspire me to dream even bigger.”

Perry’s film credits include producing 2009’s Oscar-winning drama “Precious” and writing and directing the 2007 hit comedy-drama “Why Did I Get married?”.

His studio, which is one of the largest in the US, served as a Confederate army base during the American Civil War, according to its website. It features 12 soundstages, each named after a seminal black actor.

The 50-year-old filmmaker told Essence magazine he was determined to build a legacy while laying the groundwork for future generations with his new movie studio.

“It feels like encouragement, it feels like gratitude,” he said at the studio’s launch. “More than anything, what I’m hoping it becomes is for everybody else who is ever dreaming and hoping—they can do it too. So that’s what I want it to become, fully.”