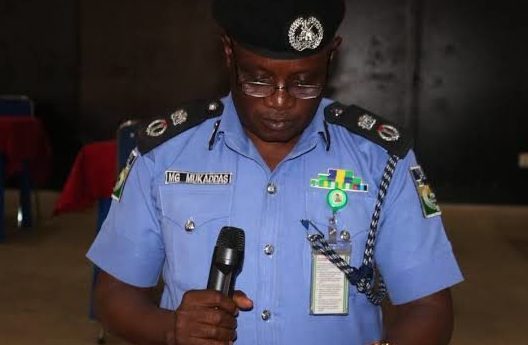 The Benue State Police Command it has taken in custody, a 28-year-old, Dominic who allegedly killed his mother at the Modern Market area of Makurdi, the Benue State.

Dominic was said to have killed his mother on Tuesday while she was separating a fight between him and his sister.

Residents who live close to the deceased around Vitafoam area, Modern Market, Makurdi, said the young man whose name was simply given as Dominic was said be always making trouble with people.

On the said Tuesday, Dominic was said to have picked quarrel with one of his sisters in the presence of their mother, which later turned into a big fight.

It was said that during the fight, Dominic out of anger, allegedly went into the house, brought out a knife and threatened to stab his sister.

The source who pleaded not to be named said that “On seeing the anger in Dominic’s eyes and believing that he could do what he had threatened, their mother who had been trying to separate the fight, slumped and died on the spot.

Sources said the deceased who was until her death, a PhD student of Federal University of Agriculture, Makurdi, was suffering from high blood pressure before the incident.

“Information received is that the boy did not touch his mother. His usual troubles at home affected his mother and gave her a health condition that led to her death,” Anene said.