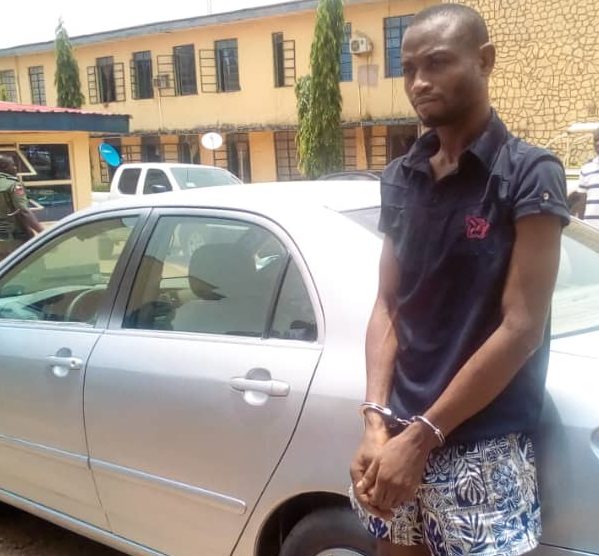 The Benue State Police Command, on Wednesday paraded 10 suspects, among them a dismissed soldier, for various offenses including armed robbery, kidnapping and cultism.

The Commissioner of Police in the state, CP Omololu Bishi who paraded the suspects at the command’s headquarters in Makurdi said about eight arms, 17 cartridges, one live ammunition, one expended cartridge, four motorcycles, and one Toyota corolla vehicle were recovered from the various gangs.

He said his team during investigations of reported kidnapping and armed robbery case around Ankpa Quarters in Makurdi arrested one Moses Iorhaa who confessed that his gang robbed at two different points in the area.

One pump gun (he collected from the victim), one locally made pistol, a Toyota Corolla car and seven live cartridges were recovered from the suspect.

The Commissioner also informed that one Terngu Ackaa, a dismissed soldier and Msugh Ako alias MC Dave were also arrested for planned kidnap in Gboko.

“On 30/03/2019, at about 2130hrs, information was gathered that Terngu Ackaa and Msugh Ako alias MC Dave were planning to kidnap two persons who are related to an American based surveyor. The source further revealed that the gang previously kidnapped a lady and collected eleven million(N11,000,000,00) as ransom from her family.

Bishi said the police deployed necessary intelligence which led to the arrest of the suspects. “They have also confessed to be members of a kidnap gang and efforts are on top gear to arrest the other gang members.”

The command also on April 14, arrested one Abdullahi Sani of North Bank, Makurdi who specializes in snatching motorcycles from members of the public. According to the CP, during investigations, four motorcycles, one bullet proof vest and the sum of N40,000 was recovered from the suspect.

He said one Edwin Ogenyi of Otukpo was also arrested by the police on the April 14, while attempting to rob one Ogbor Friday of his motorcycle. One locally made pistol was recovered from him. 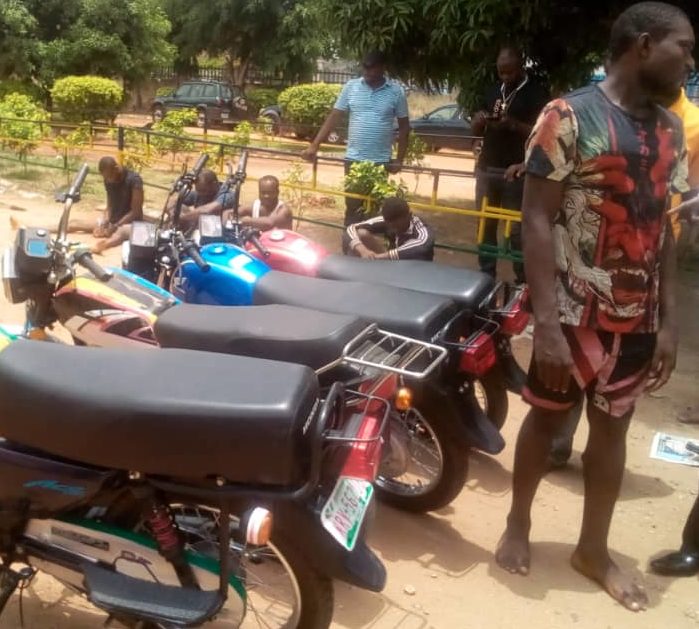 He noted that one Bartholomew Umama was arrested in Otukpo town with one locally made pistol, four live cartridges, empty shell of cartridge, one knife and some charms.

The Police Commissioner warned cultists and criminals to desist from disrupting the peace of the state saying anyone caught committing crime will face stiffer penalties.

The CP who was flanked by other top officers of the command during the parade said they will not rest or relent in their efforts to maintain peace and order in Benue.