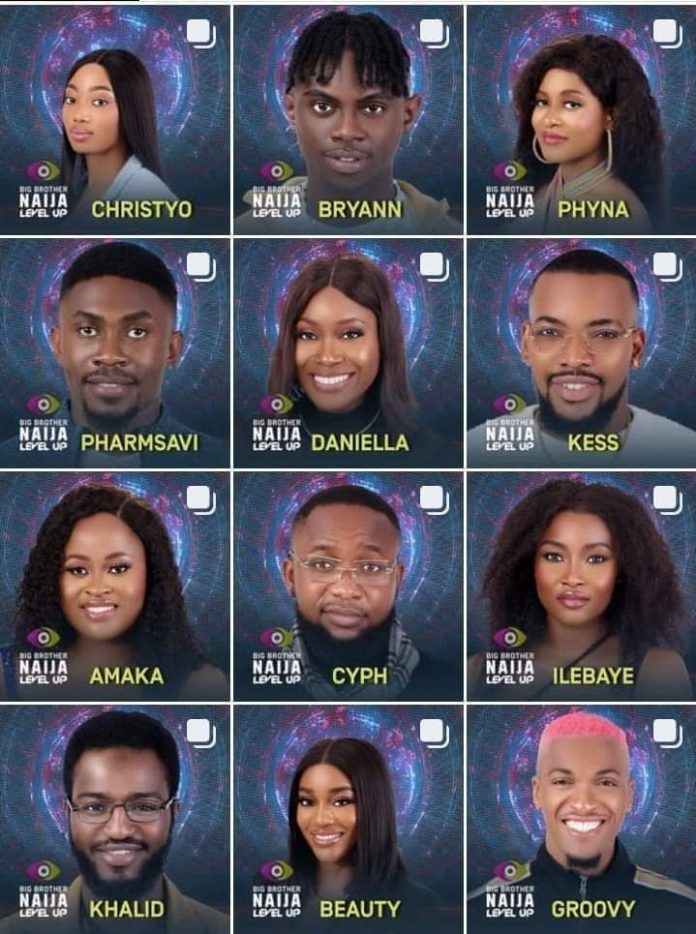 The television reality show, Big Brother Naija Season 7, began on Saturday with a double launch weekend, as 12 housemates were introduced.

Ebuka Obi-Uchendu, the host of the show, revealed the slogan of this year’s edition of the show as “Level Up.”

Groovy, the first housemate to go into the house said he had plans to take it to the next level by being as fun and entertaining as possible.

He said he had no plans to break any of Biggie’s rules.

Beauty, the second housemate on the show said she hoped her authenticity and her strategy to “go with the flow” would carry her to the end.

Also, Khalid expressed his excitement coming on the show, as he described himself as a lover of basketball from Plateau.

According to Ilebaye, she is an adventurous yet a controversial fellow.

She described herself as “hot, spicy and dramatic.

Also, Cyph from Imo, said he loves life as it comes as well as loves arts and food.
“I love at first sight, when I got a call for the show, I screamed and knelt down to thank God, I am excited,” he said.

Amaka, who hails from Anambra, described herself as a lover-girl.

“I put a lot for this thing; I am super excited; I burnt all other bridges; I am so happy; I don’t know what to say.

“I am going to disappoint anyone who thinks that a man is going to win this year,” she said.

Kess, who is married, said he is an intentional person who is out for the money.
“I am a fighter not a lover, I am 101 per cent excited to be on the show and I plan to enjoy myself as well as have fun, na money I find come,” he said.

Daniella, a 22-year-old poet and a twin from Cross River, said she was out to project herself to the world as she described herself as a jack of all trades.

“I am 110 per cent excited to be on the show, when I got the call for the show, I held unto my twin brother and screamed.

“For the show, I want to show the world what I can do and I will be bringing love and light,” she said.

Saviour, a pharmacist from Akwa-Ibom, described himself as a low key entertainer.
“I am here to show my passion for acting, I like eating and sleeping, I don’t believe in love at first sight,” he said.

Phyna from Edo, who came into the show in a beautiful Ankara print, said she was out to make a difference and to also showcase something people had never seen.

She expressed her hatred for gossips and said she was a fighter.

Bryan, a talented artist from Imo, said his greatest desire was to showcase his artistic talents in the course of the show as he disclosed being single.

“I am here to bring in a lot of energy and drama, l love to act and I produce music.

Christy from Ondo State, said, “I am single, very sarcastic; a lover and a fighter. I promise to bring into the show drama and everything original.”

She also noted that her eyes were on the prize.

The show is expected to run for 72 days as the overall winner goes away with N100 million grand prize. (NAN)