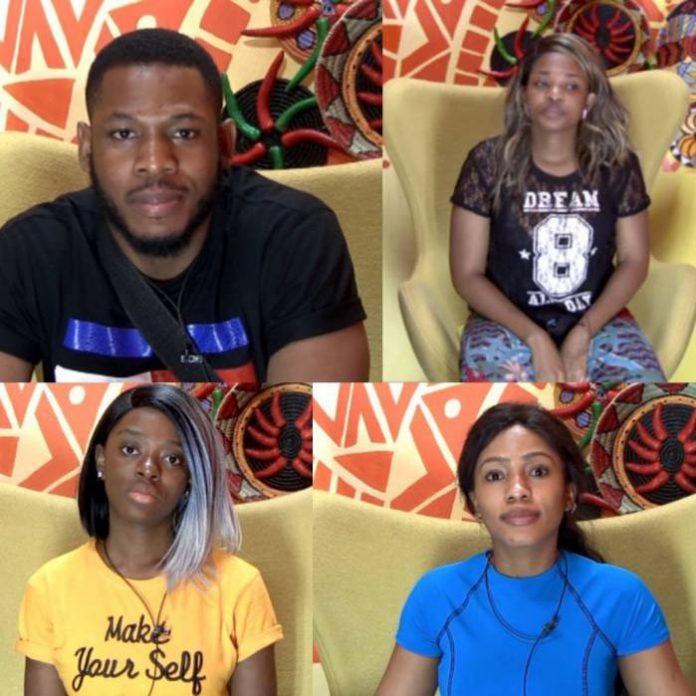 Housemates Mercy, Frodd, Diane and Cindy have been out up for fake eviction.

News Agency of Nigeria, NAN, reports that, unknown to the housemates, there will be no eviction this week, making their nominations invalid.

The ten remaining housemates were called into the diary room for the usual nomination process, with each of them nominating two housemates each.

While the nominations were rolled out, Frodd seemed upset to have been nominated again. On the flip side, Tacha was relieved to escape nomination.

For the remaining part of the week, housemates will pick photographs from a red box. The housemate with a complete picture would hold the ultimate veto power.
NAN