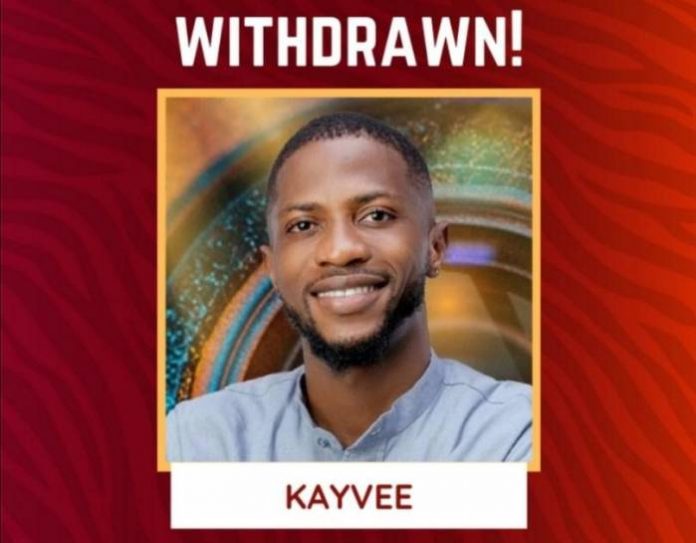 ‘Shine Ya Eye’ housemate, Kayvee has voluntarily withdrawn from the show.

According to reports, he was advised to withdraw from the show due to his recent struggle with his mental health.

“Prior to this, he had a consultation with Big Brother and the on-site medical team, where it was decided that he had to leave the house for a more thorough medical investigation.

“MultiChoice and the show producers, are committed to ensuring the safety and well-being of all housemates in the Big Brother house at all times.”

In the last 24 hours, Kayvee displayed a worrying behaviour that suggested he might need a therapist urgently.

He is the first housemate to leave the show in an ongoing season. He spent barely two weeks in the house.