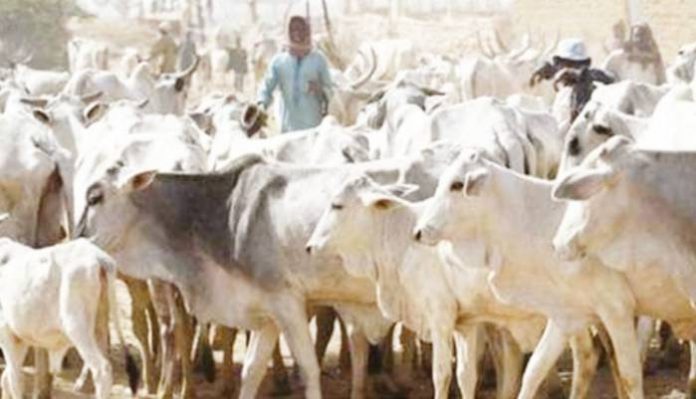 An Executive Bill seeking to ban open grazing and regulate the business of livestock breeding and marketing in Bayelsa, will be passed into law on Wednesday.

Mr. Tonye Isenah, Chairman of the State House of Assembly Joint Committee, on Agriculture and Natural Resources, Trade, Industry and Investment, Environment, and Security made this disclosure in Yenagoa during the public hearing on the bill organised by the committee, at the Assembly Complex  on Monday.

The public hearing followed the Assembly’s successful first and second reading of the legislative document, which is titled “Livestock Breeding and Marketing Regulation Bill, 2021”, during plenary on Feb. 24.

Isenah, a former Speaker of the House, said that Gov. Douye Diri would sign the bill into law, latest Friday this week, after its expeditious passage on Wednesday.

He explained that the purpose of the public hearing was to get the views of other stakeholders, in order to enrich and strengthen the bill to become an efficient law in the state.

He further promised that inputs made during the public hearing would be harnessed by the committee.

“We want to assure that this week; the committee will sit tomorrow (Tuesday), prepare our report and submit to the House on Wednesday.

“And that Wednesday it will undergo expeditious passage, then on Thursday or Friday, the governor should be able to sign the bill into law so that we can live as human beings,”he said.

Groups that made presentations on the bill included the Cattle Rearers and Butchers’ Associations, Farmers and vegetable growers, Civil Society Organisations, and Traditional rulers.

Others were the Police, Nigeria Security and Civil Defense Corps, Ijaw Youth Council and Association of Local Government of Nigeria.

The sponsor of the bill and Leader of the House, Monday-Bubou Obolo, said the bill was very essential because the government had a constitutional duty to secure lives and property through proper legislated regulations. (NAN)