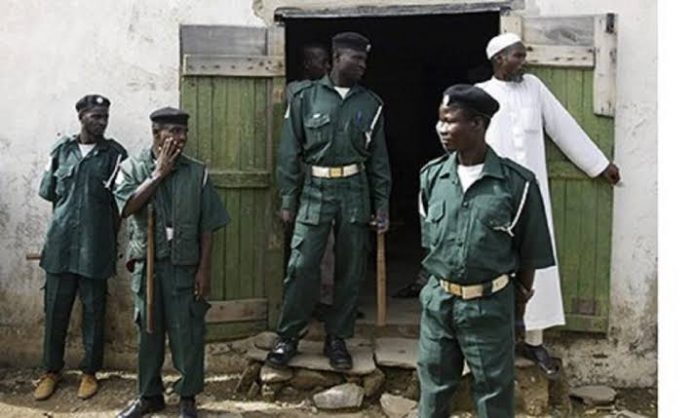 The Bauchi State Hisbah Command has impounded about 329 cartons of alcoholic drink and apprehended five prostitutes in some areas of the state.

Malam Ibrahim Yisin, the state Hisbah Commander, told the News Agency of Nigeria (NAN) in Bauchi on Tuesday that three of the prostitutes tested positive to HIV and AIDS.

He said that the areas covered by the command’s recent patrol included a ware house at Bayan Gari quarters, Cool Spot Club along Maiduguri bye-pass and Mechanic village along Jos road in Bauchi.

He added that other areas covered during the exercise were Focus and Salama Guest-inns, People Hotel, Railway area, Zaar Hotel, Alis Hamdala Lodge and located at Old Dass road in the metropolis.

He explained that the command was operating in accordance with the state Sharia law enacted in 2001, and was determined to implement the extant laws in the affected areas.

According to him, the sales and consumption of alcoholic drinks are only allowed at the military and police barracks, as well as national parks.

He commended the administration of Gov. Bala Mohammed for providing enabling environment to discharge their duties, but requested for additional operational vehicles to enhance their performance.

He also called on the state government to consider establishing Sharia and Hisbah boards to enable them function effectively and enjoy relative autonomy.

The Hisbah Commander called for the formation of a task force that would collaborate with Hisbah to detect selling points of illicit drugs in order to bring the culprits to book.

He attributed increase in armed robbery, rape and kidnapping to consumption of controlled drugs, especially among youth. (NAN)