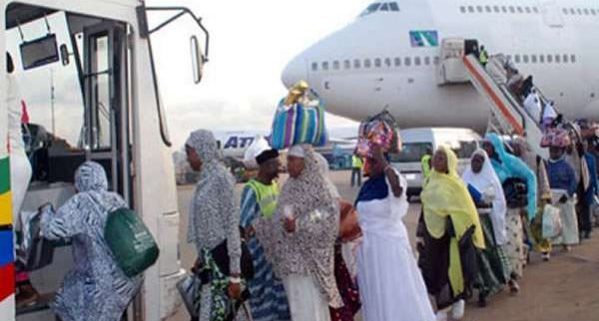 A female pilgrim from Bauchi State has been left in Saudi Arabia following the loss of her Passport, according to Alhaji Abdullahi Hardawa, the executive secretary of Bauchi State Muslim Pilgrims Welfare Board.

Hardawa, who briefed newsmen on the exercise, on Monday in Bauchi, after the arrival of the last flight that brought back the pilgrims said that the unnamed pilgrim was from Tafawa Balewa Local Government Area.

The official, however, said that Nigerian officials in the Holy city were processing a new Passport to enable the pilgrim return home.

He described the exercise as “generally a success”, and attributed that to the full support and total commitment of the Bauchi State Government.

The Emir of Bauchi, Alhaji Rilwanu Adamu, in a remark, commended pilgrims from Nigeria for exhibiting good conduct throughout their stay in the Holy land.

He also commended states pilgrims welfare boards for their support to the National Hajj Commission of Nigeria during the pilgrimage, and described the 2017 pilgrimage as a “huge success.”

Alhaji Ibrahim Jahun, chairman of Bauchi State Muslim Pilgrims Welfare Board, commended officials, sponsored by the state government to cater for the welfare of the state pilgrims, for what he described as “total commitment” to assigned responsibilities.