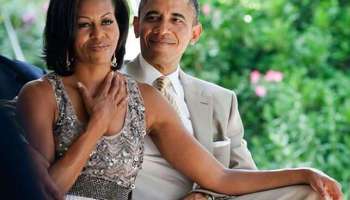 This was in a love note he shared both on his Instagram and Twitter handles with a series of photo booth-style pictures, which had him and the former first lady gushing over each other.

He wrote, “In every scene, you are my star, @MichelleObama! Happy birthday, baby!”

The four photos showed the pair, who was married in 1992, goofing off in a photo booth. One snapshot shows the former President of the US giving his wife a peck on the cheek. He throws up a peace sign in another.

In addition to over five million likes, the post is receiving celebrities’ attention.

Obama’s post is just one of many tributes to his wife. On Mother’s Day 2019, he also credited Mrs. Obama for being the most “caring, brilliant, funny, and the grounded woman I know,” and a “perfect role model not just for our daughters, but so many others.”

My Security Did Not Shot Any Resident – Tambuwal