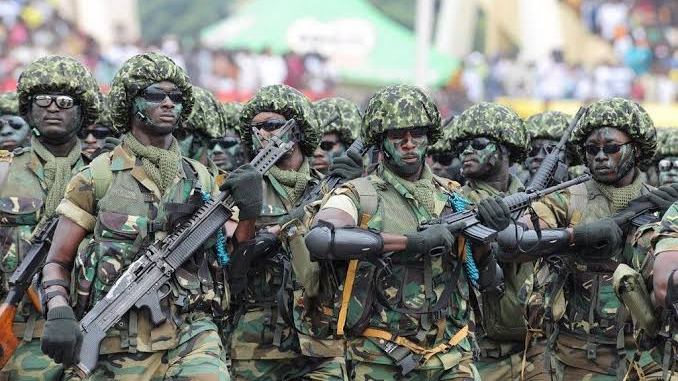 Following continuous activities of bandits in parts of the country, the Nigerian Military has commenced a 7-day clearing operation in Benue, Nasarawa and Taraba States.

The Next Edition reports that for the past two days, some military helicopters have been hovering over Makurdi town and its environs, a situation which has sent fears in the minds of residents.

A military source who doesn’t want to be named, however, explained that the operation being carried out by troops of Operation Whirl Stroke, (OPWS), was in reaction to the incessant armed bandits’  operation in some communities across.

While the source noted that the activities of bandit have led to the death of many, he said the operation was to check their activities and nip it in the bud.

The source said the clearance operation covers some islands behind NASME Barracks in Makurdi where some soldiers on duty were ambushed recently by some suspected armed herdsmen.

The operation also covers Gbajimba in Guma Local government area of Benue where it is believed that the armed bandits who normally crosses from Nasarawa State hide to launch attacks on innocent people.

Other areas covered by the clearing operation is the Sankera axis of Logo, Ukum and Katsina-Ala local government areas down to Yoyo River and Kwente in Kwande Local Government area of Benue where the armed militia, led by one Chekere also known as Azonto terrorise locals.

Our military source therefore urged members of the public to remain calm and go about their legitimate business without fear saying the operation targets specific locations and is meant to bring about peace in all communities of the three states to enable residents go about their businesses and return in peace.

He promised that at the end of the operation, the outcome would be made public by the military high command at the appropriate time.