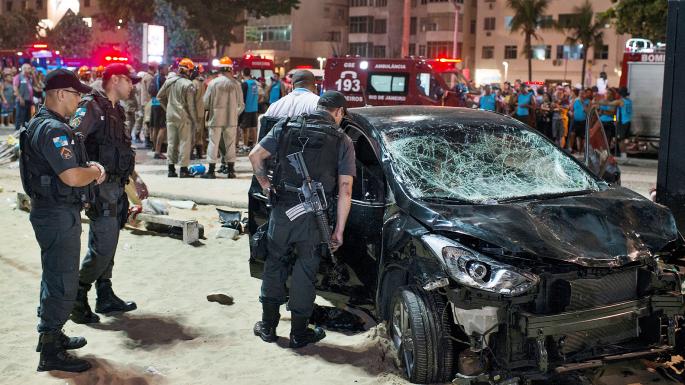 A baby was killed and at least 15 other people were injured when a car struck a crowd near Copacabana beach in Rio de Janeiro, the Rio military police said on Friday.

According to the police, the driver apparently lost control of the vehicle.

READ ALSO: Shocking! Couple locked up 13 children, fed them once a day, bathed twice a year

“There were no indications of a terrorist attack, the Rio military police said on Twitter.

The 41-year-old driver said he had an epileptic fit at the wheel, the O Globo news portal reported.

Two children and an Australian tourist were among those injured.