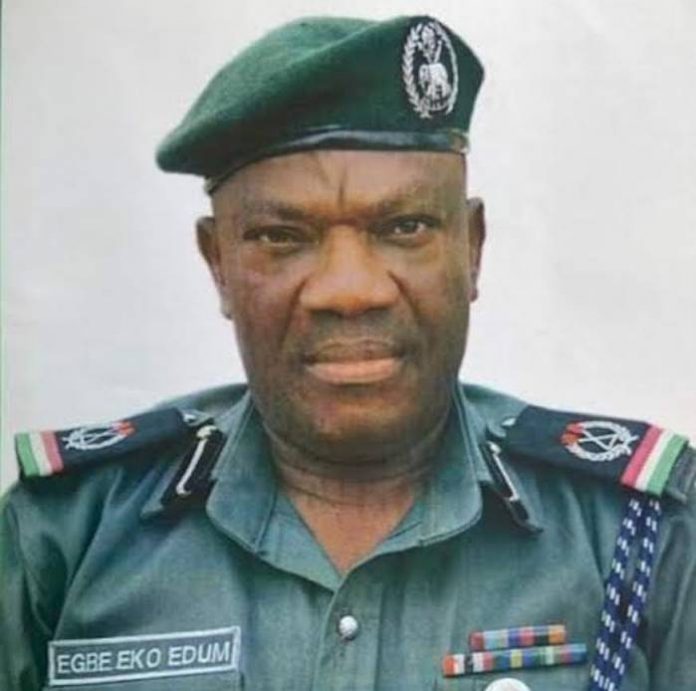 There was pandemonium in the early hours of Wednesday when the body of an Assistant Commissioner of Police serving at No.73 PMF Squadron, Magumeri, Borno state, ACP Egbe Eko Edum was discovered in Calabar, Cross River State.

He was reportedly hacked to death in by unknown assailants.

Vanguard reports that the tragic incident took place in the early hours of Wednesday, at about 1:00a.m along Murtala Mohammed Highway in Calabar by Pepsi depot, adjacent WAEC office.

Sources who pleaded anonymity told the paper that the police officer was hacked to death with an axe by his assailants who left him to die on the lonely highway.

Her words: “He dropped off from a public transport and had called his wife to pick him up before he was attacked by the unknown men.

“We are investigating the incident and the family has recovered the body from the scene of the tragic incident,” she said.

She reiterated that the deceased was an Assistant Commissioner of Police who served in Borno State but only came to Calabar on a visit.

“He is not serving here. I think he was coming to see his family here in Cross River, he arrived in Calabar at about 1:a.m when the incident happened,” Irene stated.