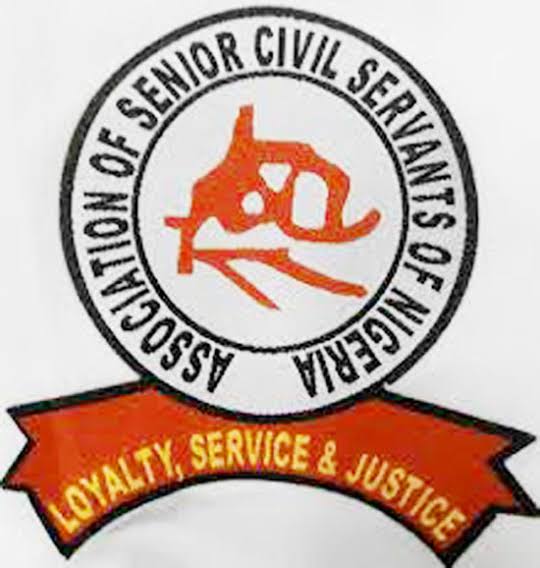 A combined team of the police and court bailiff stormed the National Secretariat of the Association of Senior Civil Servants of Nigeria, Yaba, Lagos on Wednesday and flushed out aggrieved members led by former President, Bola-Audu Innocent.

The aggrieved members had besieged the association’s secretariat since November 7, 2022 despite a Federal High Court order to vacate the premises.

Current National President, Comrade Tommy Etim Okon and the Secretary-General, Comrade Alade Bashir Lawal, who thronged the Union’s Secretariat on Tuesday morning in anticipation of the police action successfully took over control of the building.

Briefing journalists after he had taken an inventory of the various items kept in the National Secretariat, Comrade Alade Bashir Lawal, Secretary-General, alleged that “the group had carted away Cheque books of different banks to Association, computer items, laptops, stationeries and other valuable documents.” He said the Association would follow due process to regain the stolen items.

It will be recalled that Hon Justice D. E. Osiagor had on 26 October 2022, discharged the Exparte Order of 13 September 2022, earlier obtained by Bola Audu and his group when they sued the police authorities and the banks of the Association on 6th September 2022.

In vacating the order, Hon Justice Osiagor held that the police and the banks were not organs of the Association which are not in any way relevant to the matter and consequently dismissed the suit.

He accordingly restored Comrade Tommy Etim Okon and Comrade Alade Bashir Lawal as the National President and Secretary-General of the Association respectively and made them the legal and authentic signatories to the bank accounts of the Association.

Following this development, Bola-Audu and his group filed another court process requesting Justice Osiagor to stay execution of his order.

But Justice Osiagor on 7th November again dismissed the stay of execution and reiterated his earlier ruling of 26th October 2022 that Comrade Tommy Etim Okon and Comrade Alade Bashir Lawal remained the National President and the Secretary-General of the Union respectively and legal signatories to the bank accounts of the Association.

Justice Osiagor also took exception to the “refusal of Bola-Audu and his group to obey his final order of 26th October 2022 because in their warped minds as stated in their press release, his order was a mere “judicial advice.”

He equally frowned at the abuse of court process and “forum shopping Bola Audu and his group had indulged in by going from one court to another searching for favourable judgement on the same matter.”

The Bola-Audu led group had regarded the orders of Hon Justice Osiagor as mere “judicial advice” and refused to obey the court order issued on 7th November 2022 until they were forced out of the National Secretariat of the Association by the police and the bailiff from Federal High Court, Lagos on Wednesday.