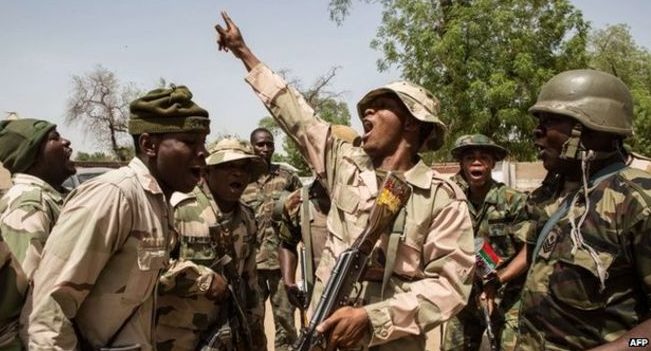 The Operation Wild Stroke of the Nigerian Army operating in Nasarawa, Benue and Taraba States says it has killed 17 bandits and arrested 67 others in the last eight months of its operation.

The Commander of the operation, Maj.Gen. Adeyemi Yekini, made the disclosure while addressing newsmen in Lafia on Wednesday.

He said that in the interest of peace and national development, the operation would give itself no rest until criminals were flushed out of the three states.

According to him, the troops killed 16 bandits, arrested 53 people and recovered 11 weapons and 50 rounds of ammunition in Benue.

“In Nasarawa state, 48 weapons and 801 ammunition were recovered, in addition to arresting 9 people and killing one bandit.

“In Taraba state, we recovered 7 weapons, 35 ammunition and arrested 5 people with no bandit killed.

According to him, Operation Wild Stroke is an intervention force established about eight months ago with the mandate to put an end to the incessant killings by armed herdsmen, militia groups and other criminal elements operating in the three states,” he said.

Yekini assured of their commitment to end kidnapping, killing, communal clashes and other form of criminal activities in the affected states.

The commander urged the people of the states and others to feed them with relevant information that would help in curtailing criminal activities in the country.

The News Agency of Nigeria (NAN) recalls that there were clashes between Bassa and Egbura communities in Toto LGA, Nasarawa state, in 2018 which resulted to loss of lives and property.